Rahul Gandhi's tweet was posted with a news report that quoted Nitin Gadkari as saying, to questions on Maratha job quota: "Where are the jobs?"

Union minister Nitin Gadkari was praised by Congress president Rahul Gandhi in a tweet on Monday. Only, the compliment was barely-concealed sarcasm directed at the government.

The tweet was posted with a news report that quoted Mr Gadkari as saying, to questions on the Maratha agitation for job quota: "Where are the jobs?"

Every Indian is asking the same question.#WhereAreTheJobs?https://t.co/2wfhDxuA10

The Congress party also put out a tweet with the same hashtag, #WhereAreTheJobs?

We applaud Nitin Gadkari for being the first BJP Minister to speak the truth and courageously raise the question that we and the people of India have been asking, #WhereAreTheJobs?https://t.co/DC98xujWcd

Congress spokesperson Abhishek Singhvi came close behind Rahul Gandhi in acknowledging the BJP minister's frank admission of what he thought about jobs and reservation.

#WhereAreTheJobs
Finally one honest Neta in BJP but that too not entirely. Tho candid & outspoken, clearly even sr leader like Nitin Gadkari made 2attribute lack of jobs to AI & not BJP policies in a clumsy attempt to save face.

Mr Gadkari, the Union Road Transport and Shipping Minister, had made the comments in Maharashtra, where the Maratha campaign for quota in jobs and education peaked last week as protesters disrupted train and car traffic in parts of the state, and there were seven suicides.

His point -- reservations would not guarantee employment as jobs are shrinking and there is a freeze on government hiring.

"Let us assume the reservation is given. But there are no jobs. Because in banks, the jobs have shrunk because of IT (information technology). The government recruitment is frozen. Where are the jobs?" Mr Gadkari asked, responding to reporters' questions. 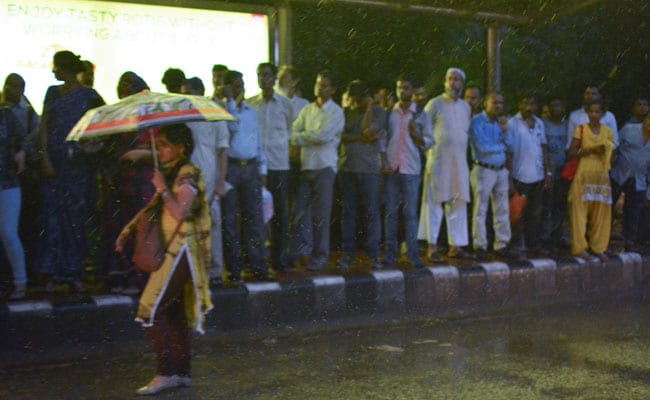 Nitin Gadkari had highlighted that though a large number of people may be unemployed and they need support, jobs are shrinking

The minister also criticised the quota protest saying "backwardness is becoming political interest. Everyone says I am backward. In Bihar and Uttar Pradesh, Brahmins are strong. They dominate politics, (and) they say they are backward."

In a tweet late on Sunday, Mr Gadkari also clarified that the government was not planning to change the criteria for reservation from "castes to economic conditions".