Ex-Samajwadi Party Leaders To Be BJP Candidates For UP Bypolls 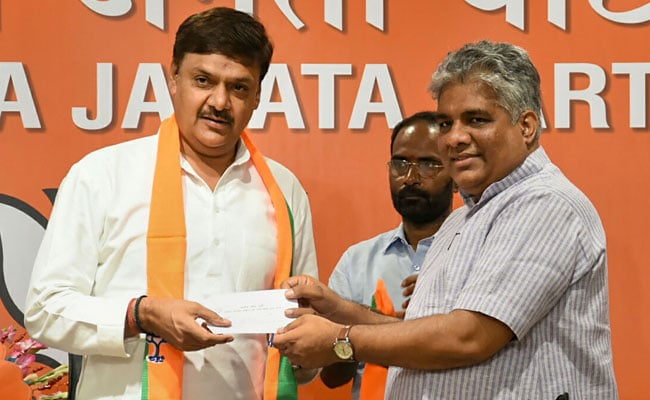 Former Samajwadi Party leaders Surendra Singh Nagar and Sanjay Seth, who recently joined the BJP, have been nominated by the party as candidate for the Rajya Sabha bypolls in Uttar Pradesh, the BJP said on Monday.

Both Mr Nagar and Mr Seth had resigned from the Upper House and the SP before joining the BJP last month.

Mr Nagar was a two-time member of Parliament, and Mr Seth, a well-known realtor, was the SP's treasurer.

Candidature of both leaders was announced by the BJP's working president JP Nadda.

Nagar and Seth said they were inspired by Prime Minister Narendra Modi's leadership and joined the saffron party for the government''s decision to scrap provisions of Article 370 that gave special status to Jammu and Kashmir''s .

The BJP also announced Ojasvi Mandavi as its candidate for the assembly bypoll in Dantewada in Chhattisgarh, Hari N for Pali in Kerala, Mimi Majumdar for Badharghat in Tripura and Yuvraj Singh will be BJP''s candidate for Hamirpur in Uttar Pradesh.