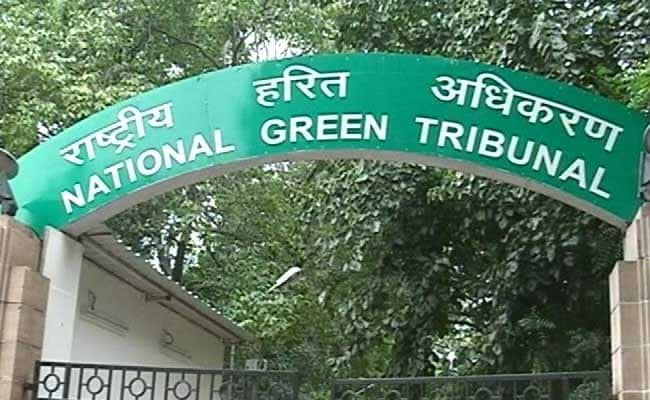 The NGT was hearing a plea filed by NGO Society for Protection of Culture, Heritage.

The National Green Tribunal has expressed concern over the large scale encroachments along the national highways and directed the government to evolve an effective monitoring mechanism in this regard.

It asked the Ministry of Environment and Forests (MoEF) and Ministry of Road Transport and Highways (MoRTH) to file an affidavit within two months in this regard.

A bench headed by NGT Chairperson Justice Adarsh Kumar Goel said that large scale encroachment on highways by illegal constructions had made it difficult to implement the policy of plantation of trees.

The data by the state governments may be compiled by the chief secretaries in coordination with their respective Environment, Forests and Public Works Departments, the tribunal said.

"We direct MoEF Secretary in collaboration with Secretary MoRTH to evolve an effective monitoring mechanism at national level to ensure maintenance of green belts on both sides of all highways up to specified distance, there is no construction up to specified distance, there is no direct access to highway, there is no encroachment and buildings on roadsides are regulated in terms of environmental norms so that no air/water pollution or encroachment of highway is caused," the bench said.

It also directed the member administration of NHAI to file an affidavit about the extent of encroachment, action plan for removal, extent of plantations, extent of access directly allowed from highways to buildings, requirement of distance from highways for construction and status of removal of encroachment by task force constructed by National Highways and Infrastructure Development Corporation Limited (NHIDCL).

The NGT said that it can hardly be disputed that there is large scale encroachment of highways by constructions making it difficult to implement the policy of green plantation.

"Green belts are necessary so that environmental norms are maintained. Absence of green belts by not leaving requisite space on the roadside directly results in addition to air quality particularly PM2.5 and PM10 which is detrimental to public health. This problem is of more magnitude when highway is passing through cities/towns and therefore making of exception in such areas may not be desirable.

"Steps being taken for maintenance of Green belts on the sides of the Highways are not adequate. Responsibility for such Green belts is required to be clearly defined in view of the fact that as per 2015 Policy, the accountability is of Concessionaires if so included in the agreement and on their failure, will be of MoRTH/NHAI," the tribunal said.

The NGT was hearing a plea filed by NGO Society for Protection of Culture, Heritage, Environment, Traditions and Promotion of National Awareness, seeking execution of the NGT's September 5, 2017 order where the NHAI had assured the tribunal that it would follow the Green Highways Policy in true spirit and substance.

The had disposed of the petition and asked the NGO to give specific instances of violation.