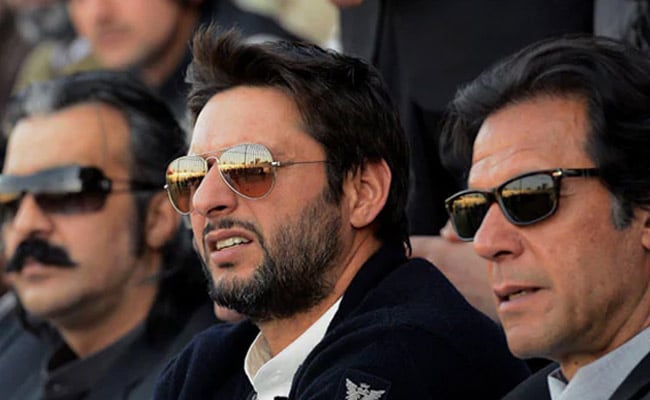 Shahid Afridi also said that his country "does not want Kashmir".

The Shiv Sena on Friday reacted on former Pakistani cricketer Shahid Afridi's remarks that his country "does not want Kashmir" and said all sane Pakistanis would endorse the view.

The Sena, in an editorial in its mouthpiece 'Saamana', said Pakistan's government and military chief gave more impetus on trying to harm India than governing the country as a result of which it has to seek external financial aid even 70 years after Independence.

In a video that has gone viral, Mr Afridi is heard saying, "I believe that Pakistan does not want Kashmir, and India too should not be given the state. Kashmir should be an independent country."

He went on add that "humanity" or "insaniyat" should be prioritised.

In a swipe at the affairs of his own country battling financial woes and sectarian strife, the Pakistani all-rounder added, "Pakistan can't handle its four provinces".

Mr Afridi later blamed the Indian media for quoting him.

The Sena's editorial Friday stated, "Pakistan has become so poor in trying to support terrorism and corruption that it now is left with only the option of selling cattle and vehicles from the Prime Minister's residence."

It claimed that Pakistan was on the verge of a financial breakdown and it had been relegated to begging for a bailout from countries like China, after the International Monetary Fund (IMF) turned down its aid request.

"If the country needs financial oxygen to keep its economy going, alive, how will it take care of Kashmir? Not just Afridi, every sane Pakistani will hold the same view. However, who asks the common man there?" the editorial questioned.

"The government and the military chief there give more impetus on harming India than doing good for its people. Therefore, they have to beg for aid even 70 years after Independence," it said.

The Sena further dubbed Mr Afridi as "anti-Indian" and said he has, in the past, made derogatory statements against India.

Citing examples, it said Mr Afridi had shown a soft corner for 13 terrorists eliminated by Indian security forces, and has been repeatedly advocating Independence for Kashmir.