Every Indian is Born a Muslim, Says Politician Asaduddin Owaisi 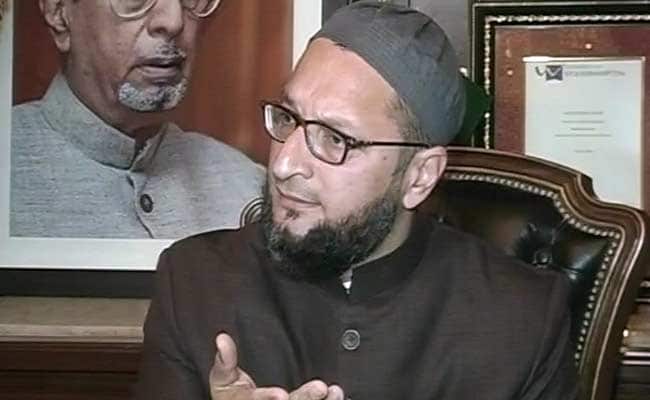 Hyderabad: A national controversy over whether Muslims and Christians are being pressured to convert to Hinduism has been amplified today by politician Asaduddin Owaisi, head of the MIM political party, headquartered in Hyderabad.

"Everyone is born a Muslim, and then he is converted to other religions. Ghar wapasi is for these people to return to Islam," said Mr Owaisi, referring to the Hindi phrase for homecoming used by right-wing hardline groups who organise conversion ceremonies for religious minorities.

Prime Minister Narendra Modi has been attacked by critics for failing to rein in affiliates of his party who are accused of blatantly promoting a Hindu-dominant agenda.

Mohan Bhagwat, chief of the Rashtriya Swayamsewak Sangh, which is also the ideological mentor of the ruling BJP, said recently that India is a "Hindu nation", seen by opponents as a grim undermining of the country's constitutional commitment to secularism.

Promoted
Listen to the latest songs, only on JioSaavn.com
"I am not retaliating (to those sort of remarks). This is what the Quran says. You are free to not accept my interpretation," Mr Owaisi told NDTV. The 45-year-old represents the constituency of Hyderabad in the Lok Sabha. His MIM made inroads in neighbouring Maharashtra in October's elections, gaining two seats in the state legislature.

"I am not offering money, nor telling people that they are not citizens of this country, if they don't belong to a particular religion. Nor that the country will be converted into a one-religion nation. After all, plurality is India's strength," he professed in support of his claim that his take differs from that of people like Mr Bhagwat.