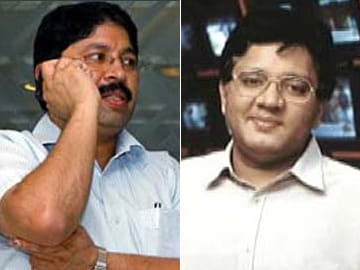 New Delhi: Attorney General of India Mukul Rohatgi has, according to sources, told the Central Bureau of Investigation, or the CBI, that there was enough evidence to file a chargesheet against former telecom minister Dayanidhi Maran and his brother Kalanidhi Maran in the Aircel-Maxis deal, in news that could spell trouble for the DMK leader.

Mr Rohatgi, appointed as the country's top law officer by the Narendra Modi government, has, the sources said, asked the CBI to go ahead with the process of filing a chargesheet against the Marans for entering into a quid-pro-deal with a Malaysia-based entrepreneur, T Ananda Krishnan.

The investigating agency, in its FIR filed in the case in 2011, had alleged that Mr Dayanidhi Maran, who was then the telecom minister, had forced Sivasankaran to sell his entire stake in Aircel to Mr Ananda Krishnan. In return, Maxis, the company owned by the Malaysian businessman, invested Rs 650 crores in Sun TV network, run by the Marans.

The Attorney General was drafted into the picture after differences between the CBI director and the agency's Director of Prosecution led to a delay in filing of the chargesheet in the case. Director Ranjit Sinha felt there was insufficient evidence to implicate Mr Dayanidhi Maran.

Promoted
Listen to the latest songs, only on JioSaavn.com
The matter landed on former Solicitor General Mohan Parasaran's table earlier this year. In May, he wrote a letter to the investigating agency, expressing his refusal to intervene, arguing that "it would be most appropriate that the matter is considered by the new government."

Elections to the Lok Sabha were completed on May 12, and the results were declared on May 16. Narendra Modi was sworn in as the country's Prime Minister on May 26.
Comments
Aircel-MaxisMukul RohatgiDayanidhi MaranKalanidhi Maran