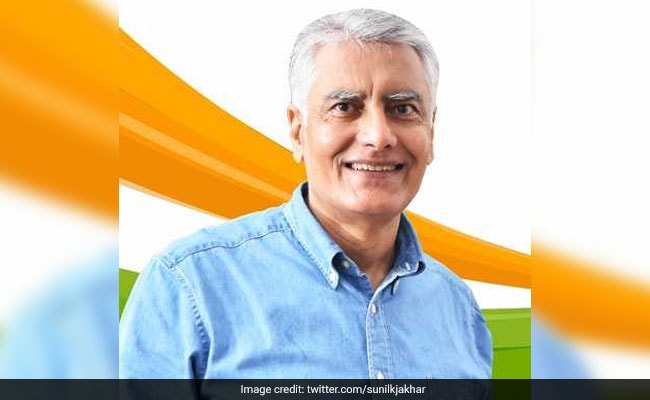 Congress leader Sunil Kumar Jakhar today accused Prime Minister Narendra Modi of "hiding" behind actor-turned-politician Sunny Deol, his BJP opponent in Gurdaspur, and said that by bringing in an outsider for the poll fight in the border district of Punjab, the BJP party had admitted that there was "no Modi wave".

"They realise that it is going to be a tough contest. They have tried to put their best foot forward, but it is a facade. It highlights that they have accepted that there is no Modi wave," he said in an interview with news agency IANS.

He said the BJP had also accepted its moral defeat by not trusting its local leadership against him.

"Perhaps they felt that Sunil had performed so well that none of their local leaders would be able to match him. If Modi himself is hiding behind Sunny Deol that says it all. Why would he need him?

"If there was a Modi wave, he could have picked up any guy from here. A former state BJP president was a contender, why didn't they field him? Because they knew he was not a match," he said.

"And if Modi sahab is banking on Sunny Deol's charm, I think they are in for a big shock," he said.

The Punjab Congress chief said that his election issues were those concerning the people. "The concerns of employment, agrarian distress, connectivity, water, etc which exist across the country are more prominent in the border areas," he said.

According to Mr Jakhar, he had been instrumental in getting a soft drinks, juice and dairy products factory to Gurdaspur. "The factory has the potential to generate 10,000 direct and indirect jobs. Of its three lines, one is already operational," he said.

"Once the dairy line starts, it will also sustain thousands of families. We are planning to provide families with low interest loans to buy cattle and offer them veterinary help to boost their income. This is not something only on paper, it is up and running," he said.

The lawmaker said that work had also been started on the Shahpurkandi dam, which was lying defunct for many years, and it will also provide jobs to the locals.

Mr Jhakhar won the Gurdaspur seat in a by-poll in 2017 following the death of BJP leader Vinod Khanna. The Congress leader said that the contest was better for him this time as he had work to show on the ground.

"Back then I had nothing much to show. But the people believed in the Congress government and our leadership. Now there are projects, some even completed. All of this is for everybody to see," he said.

The Congress leader asserted that his party would win all the 13 Lok Sabha seats in the state and expressed the hope that the people will make a wise decision.

"There was an election last time, there is an election now. There is nothing easy or tough. You can never take the electorate for granted, it is their choice and I think they will make a wise choice," he said.