With Mammoth Jagan Reddy Win, Prashant Kishor Is Back In Business

Sources close to Prashant Kishor admit that the sky's the limit. "More and more parties are approaching us," said sources. 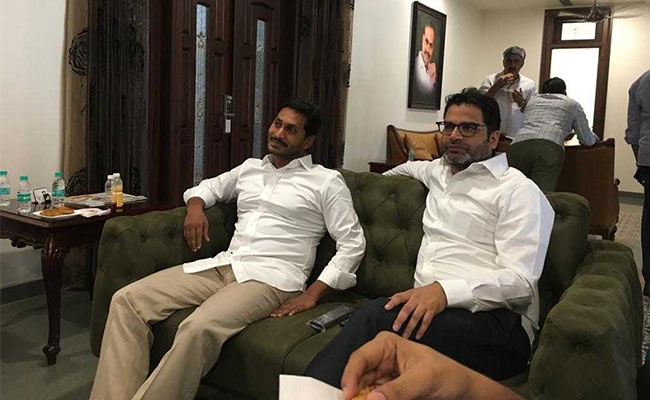 Prashant Kishor was photographed with Jagan Mohan Reddy after his massive victory in Andhra Pradesh.

Prashant Kishor, political strategist par excellence and a veteran of many elections by now, scored another sleeper hit today with YSR Congress chief Jaganmohan Reddy's sweep in Andhra Pradesh, where the incumbent Chief Minister Chandrababu Naidu's party has been voted out of power.

Jagan Reddy sat with Prashant Kishor as he watched the results of the vote-count on Thursday at his Hyderabad home. His party led in all 25 Lok Sabha seats and in over 150 of the 175 assembly constituencies in the state. The YSR Congress will take power in the state for the first time and could end up as the third largest party in parliament after the BJP and the Congress.

"Thank you Andhra and colleagues at Indian PAC for the landslide victor. Congratulations and best wishes to the new Chief Minister," Prashant Kishore tweeted, referring to his organization I-PAC (Indian Political Action).

Thank you Andhra and colleagues at @IndianPAC for the landslide victory.
Congratulations and best wishes to the new CM @ysjagan

Prashant kishor, the vice president of Bihar's ruling Janata Dal United, was hardly assigned any job by his political boss, Chief Minister Nitish Kumar, in this election. Nitish Kumar was apparently under pressure from ally BJP, which was upset with him over his effort to expand the party's base among the youth. Quick to understand the uneasiness of his ally, Nitish Kumar reportedly decided to sideline Prashant Kishor rather than ignore his ally's concern.

But after his client Jagan Reddy's victory in Andhra Pradesh, sources close to Prashant Kishor admit that the sky's the limit. "More and more parties are approaching us," said sources.

Prashant Kishor's organization reportedly worked with Jagan Reddy's party for two years, meticulously planning his campaign in each of the 175 seats.

The sources also said the strategist-turned-politician felt vindicated over the decimation of Lalu Yadav's Rashtriya Janata Dal (RJD), especially the setback for Tejashwi Yadav, who made sure that Kishor's offer to reunite RJD and Congress with Nitish Kumar was blocked.

Prashant Kishor, credited with helping in the successful campaigns of Narendra Modi in 2014 and Nitish Kumar in 2015, had kept a low profile after he failed to enable a Congress win in Uttar Pradesh in 2017.

Those close to him also disclosed that his professional triumph comes at a sad time for him personally. He lost his father last week.