Didn't Approve Of How Nitish Kumar Tied Up With BJP: Prashant Kishor

The Janata Dal (United) national vice-president reportedly said in an interview with a web portal that the party should have sought a fresh mandate first. 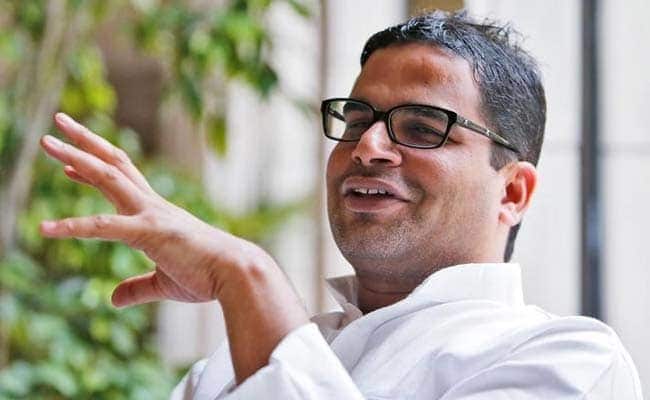 Prashant Kishor, however, said that turnarounds by politicians were not such a rare occurrence.

Janata Dal (United) leader Prashant Kishor has created a flutter by saying that he did not approve of the manner in which party chief Nitish Kumar ditched the Bihar "grand alliance" to team up with the BJP in 2017, news agency PTI reported him as saying in an interview to a web portal.

According to the news agency, Mr Kishor said the party should have sought a fresh mandate first. A video of the interview - uploaded on Thursday - was circulated widely on social media.

"Keeping in view the interests of Bihar, I think it was okay. But I do not agree with the method adopted. I have said this earlier and I still hold the view that upon taking the decision to return to the BJP-led coalition, he should have ideally sought a fresh mandate," PTI quoted the party's national vice-president as saying.

According to the news agency, Mr Kishor cited Andhra Pradesh Chief Minister Chandrababu Naidu and Biju Janata Dal chief Naveen Patnaik to illustrate that turnarounds by politicians were not such a rare occurrence in India. He also said that there was no yardstick to measure if the Janata Dal (United) president was right in taking the drastic decision of walking out of the grand alliance - which consisted of Lalu Yadav's Rashtriya Janata Dal (RJD) and the Congress - in July 2017.

"For those who saw in him (Mr Kumar) a potential challenger to Prime Minister Narendra Modi, the move was a let-down. But those who were of the view that he had begun to compromise on governance in his zeal to take on PM Modi would feel he was right," PTI quoted Mr Kishor as saying.

The RJD latched on to Mr Kishor's words to assert that they were right about the Janata Dal (United) chief after all. "This statement by the Janata Dal (United) national vice-president is tantamount to admitting what has been our charge all along... Nitish Kumar's act of crossing over without seeking a fresh mandate amounted to stabbing the grand alliance in the back," said party spokesperson Bhai Virendra.

However, another Janata Dal (United) leader - Ramchandra Prasad Singh - clarified that Mr Kishor was speaking in his personal capacity because he was not even a member of the party when it tied up with the BJP.

The poll strategist-turned politician had earlier made headlines by describing the entry of Priyanka Gandhi Vadra, Congress president Rahul Gandhi's sister, into politics as one of the "most awaited" in India. But he later said that she won't be able to turn around her party's fortunes in Uttar Pradesh with just a few months left to go for the Lok Sabha polls.