Election results 2019: LK Advani said, "Heartiest congratulations to Narendrabhai Modi for steering the BJP towards this unprecedented victory in the elections" 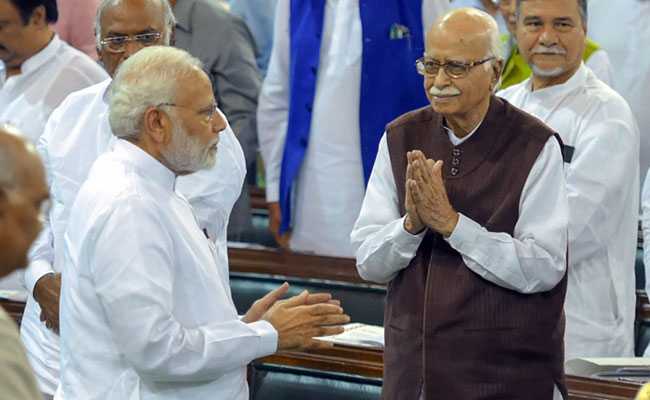 "Heartiest congratulations to Narendrabhai Modi for steering the BJP towards this unprecedented victory in the elections," said Mr Advani in a statement as the counting of votes on Thursday led up to a spectacular victory for the BJP, even bigger than in 2014.

"Amitbhai Shah as the BJP president and all the dedicated workers of the party have put in enormous effort in making sure that the message of the BJP reaches every voter of the country," Mr Advani said, adding that it was a "wonderful feeling" that the elections were successfully completed.

Mr Advani, a founder member of the BJP, has been seen to be upset with PM Modi and Amit Shah over the way he was benched in this election. This was the first national election in two decades in which veteran BJP leader LK Advani voted but was not a candidate himself.

Amit Shah contested from the veteran's Gandhinagar seat and has won by more than 8 lakh votes. Mr Advani, 91, was told he would not be the party's candidate from the seat that he has held for six terms.

In 2014, Mr Advani had escaped the BJP's rule that it would not field leaders above the age of 75. He and another party veteran Murli Manohar Joshi contested and won. It was Mr Advani's sixth win from the Gandhinagar constituency. LK Advani had not contested in the 1996 Lok Sabha polls. He, however, contested in 1998 bypoll from Gandhinagar and won.

Mr Advani delivered his message in a blog last month reminding the BJP of democratic principles. He also wrote that the party never considered its critics as "anti-nationals". It was seen as a dig at PM Modi and Amit Shah, who accused rivals during their campaign of "speaking Pakistan's language".