About 22 non-BJP parties, including the TDP, raised a demand for counting of VVPAT slips first as soon as the counting process is taken up, and not at the end as per the existing practice. 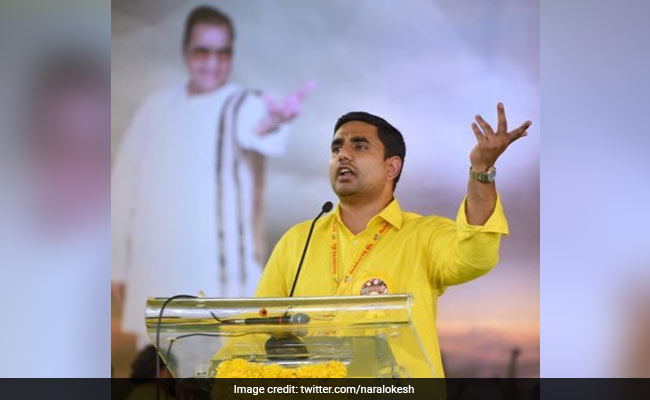 The Telugu Desam Party on Wednesday termed as "a dark day for Indian democracy", the Election Commission of India turning down a demand to count VVPAT slips ahead of the EVMs during the counting process on Thursday.

Reacting to the ECIs decision, TDP general secretary Nara Lokesh tweeted, "A genuine and fair demand for transparency is chucked out the window without a reason. A dark day for Indian democracy!"

In another tweet, he said: "By ignoring the genuine demand of the majority of parties in the country to count 5 VVPAT slips first, the Election Commission has shown once again whose side it wants to take."

About 22 non-BJP parties, including the TDP, raised a demand for counting VVPAT slips first as soon as the counting process is taken up, and not at the end as per the existing practice.

They wanted VVPATs of the entire constituency to be counted if any discrepancy was found in the count of VVPAT slips in five randomly-selected polling booths.

The main opposition YSR Congress in Andhra Pradesh, however, said TDP president N Chandrababu Naidu was only seeking to create disturbance (in the counting process) by raising the demand on VVPATs.

"The YSRC has no issue with the EVMs or VVPATs. It is Chandrababu Naidu who is creating disturbance," YSRC lawmaker V Vijayasai Reddy said.