Sunny Deol Punjab Election Results 2019: Sunny Deol is leading from the Punjab constituency, garnering a total of 5,47,781 votes as of 6.20 pm. 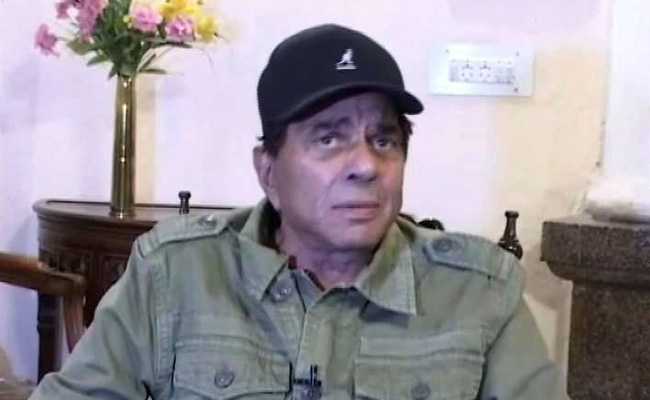 Veteran Bollywood actor Dharmendra today congratulated his son, Sunny Deol, after he emerged as the frontrunner from Punjab's Gurdaspur contesting on a BJP ticket. Mr Deol is leading from the Punjab constituency, garnering a total of 5,47,781 votes as of 6.20 pm. His rival, senior Congress leader and sitting parliamentarian from Gurdaspur Sunil Jakhar, has fetched around 4,70,000 votes as of 6.20 pm.

In another tweet, Dharmendra congratulated his wife, veteran actress and another BJP lawmaker, Hema Malini.

"Hema, Congratulations. We love Mother India. We have proved in Bikaner and Mathura. We will keep our flag flying. always," he said in the tweet.

Hema , Congratulations. We love Mother India we have proved in Bekaner and Mathura. We will keep our flying.........always pic.twitter.com/utQnUZ5QUj

Dharmendra had earlier expressed his reservations over Sunny Deol contesting polls from Gurdaspur, as he said Mr Jakhar's father Balram Jakhar was "like my brother".

"Balram Jakhar was like my brother. Had I known his son Sunil Jakhar was contesting from Gurdaspur, I would have not allowed Sunny (to contest against him)," the 83-year-old had told news agency ANI.

Sunny Deol had openly acknowledged as much by saying he did not "know much about issues like the Balakot strikes or India's relations with Pakistan," he said.

I am here to serve people; if I win maybe I will have an opinion, right now I don't," he had added.

Gurdaspur has traditionally been a BJP stronghold, briefly wrested by Sunil Jakhar after Vinod Khanna's death. Mr Khanna had been the sitting lawmaker from that seat in 1998, 1999, 2004 and 2014 until his death.