Elangbam Valentina Devi, a Class V student, had planted two Gulmohar (royal poinciana) trees by the side of a river when she was in Class 1. 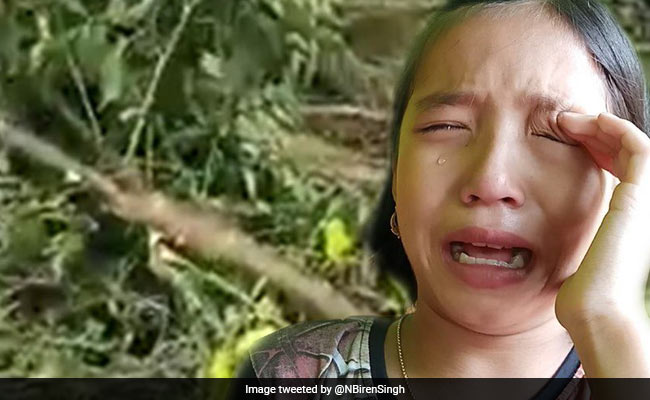 Elangbam Valentina Devi was seen crying inconsolably after two trees planted by her were cut down.

The Manipur government has appointed a nine-year-old girl as the brand ambassador for the Chief Minister's Green Manipur Mission, after a video of her crying inconsolably on seeing the two trees planted by her being cut down went viral on social media.

Elangbam Valentina Devi, a Class V student, had planted two Gulmohar (royal poinciana) trees by the side of a river when she was in Class 1.

The student of Amutombi Divine Life English School, had on a daily basis tending to the saplings, which grew into trees in the last four years.

On Saturday, the two trees were cut down for a project to widen a road beside the river.

In the video that went viral, the girl is seen sobbing profusely as she sees the trees planted by her being cut down. The video evoked lot of appreciation and support for her in social media.

She cry for felling down of 2 trees which she planted when she was only in class 1.We rushed at her place and tried to console her providing more saplings. Now She will be the State government,s "Green Ambassador"for C M,s Green Manipur Mission " let's follow her, save nature pic.twitter.com/kGuFsDCPYf

On Sunday, state forest department provided 20 saplings which were planted along the road covering about two km on her request.

Youth club in her locality has also decided to plant around 1,000 saplings in and around the locality acknowledging her love for trees.

The order stated that all official tree plantation activities taken up by the state are in recognition of Elangbam Valentina Devi's immense love and exemplary affection for trees and to generate mass awareness on conservation of environment for a period of one year from the date of issuing the order.