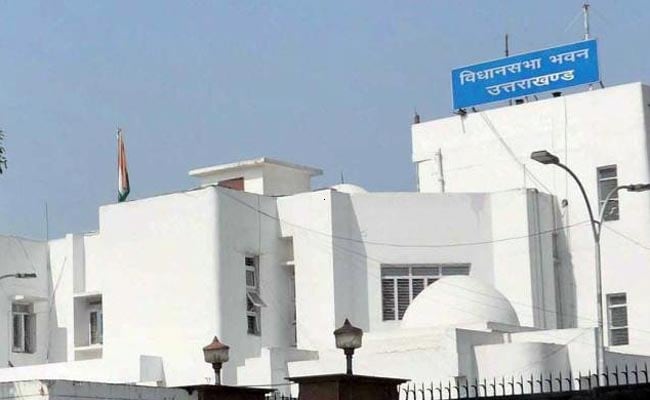 No vehicles will be allowed to enter the Uttarakhand Assembly premises and all legislators, including the Speaker, will have to walk down to the House from the main gate. (File photo)

Dehradun: Uttarakhand Assembly will be out of bounds for the media and all legislators and officials have been barred from carrying mobile phones to the House during the crucial floor test tomorrow to ascertain if ousted chief minister Harish Rawat still enjoys a majority.

No vehicles will be allowed to enter the Assembly premises and all legislators, including the Speaker, will have to walk down to the House from the main gate.

These decisions were taken at a meeting chaired by the Assembly Speaker Govind Singh Kunjwal to review the security arrangements ahead of the floor test. Uttarakhand DGP MA Ganpati along with senior police and civil officials also attended the meeting.

"All directions of the Supreme Court for keeping the exercise of trust vote peaceful and secure will be followed so that the MLAs can vote freely," Mr Kunjwal said after the meeting.

"No MLA, official or worker will be allowed to bring their cellphones to the Assembly and entry of mediapersons has also been completely prohibited during the process," he said.

Replying to a question about dismissal of the petition filed by the nine rebel Congress legislators by the High Court, he said, it is a victory for the democratic and constitutional institutions and has strengthened people's trust in the judiciary.
Comments
Uttarakhand AssemblyHarish RawatUttarakhand trust vote