During the last three years, Assam Rifles have seized drugs worth over Rs 200 crore, the officer said. 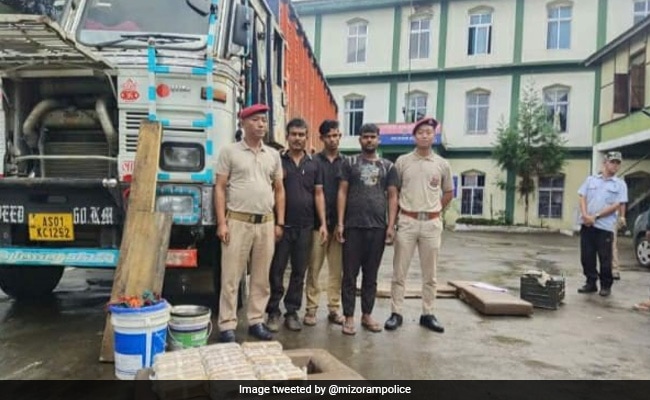 In a major drug haul, a joint team of Assam Rifles (AR) and Mizoram Police have seized a huge quantity of Methamphetamine tablets worth Rs 167.86 crore near the Myanmar border in Champhai district, an AR officer said.

During the operation carried out jointly by Serchhip batallion of Assam Rifles and state police at Melbuk village on Friday, a huge consignment of 5,05,000 tablets (55.80 kg) of Methamphetamine, a party drug, were seized from the possession of a woman peddler, the officer said.

"This is the biggest drug haul ever made in a single operation in Mizoram," he said.

During the last three years, Assam Rifles have seized drugs worth over Rs 200 crore, the officer said.

Action on specific information, the joint team intercepted a vehicle at the village and on checking it 55.80 kg of Methamphetamine tablets were seized from the peddler, he said.

The contraband worth Rs 167.86 crore was concealed in various compartments of the vehicle, the officer said.

Both the accused and the seized contraband were handed over to Zokhawthar police station on Saturday for further investigation and legal proceedings, he said.

According to the officer, smuggling of Methamphetamine tablets is currently a major cause of concern in Mizoram, especially along the India-Myanmar border.