"Chief Ministers should give priority to addressing the menace and spread of narcotics, as drug usage destroys the lives and potential of our youth," said Home Minister Amit Shah. 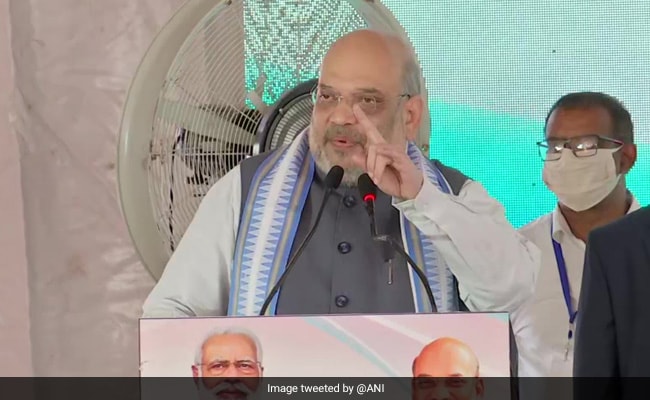 Union Home Minister Amit Shah on Sunday asked the states to give top priority to address the menace of drugs and check their spread.

"Chief Ministers should give priority to addressing the menace and spread of narcotics, as drug usage destroys the lives and potential of our youth," Mr Shah said in his closing remarks at the 29th Southern Zonal Council meeting here on Sunday night.

The Union Home Minister also wanted the states to have "zero tolerance" to child sexual abuse cases as crimes against children were ''unacceptable.''

"Cases under the Protection of Children from Sexual Offences (POCSO) Act should be given top priority. There should be zero tolerance on such cases. The time frame of completing the investigation in 60 days should be strictly adhered to," Mr Shah said.

He asked the states to create an independent institution of Director of Prosecutions to expedite prosecution (in criminal cases).

He said the Centre has initiated measures for amending the Indian Penal Code, Code of Criminal Procedure and the Evidence Act. Mr Shah invited the states to submit their inputs for the amendments.

Noting that a National Forensic Science University and Rashtriya Raksha University have been established, the Home Minister wanted the states to set up at least one forensic science college with syllabus in local language to train manpower to meet the requirements of scientific investigation.