Dubai started tests in the bid to become the first city with flying taxis. (Reuters)

DUBAI: Dubai staged a test flight on Monday for what it said would soon be the world's first drone taxi service under an ambitious plan by the United Arab Emirates city to lead the Arab world in innovation.

It was unmanned for its maiden test run in a ceremony arranged for Dubai Crown Prince Sheikh Hamdan bin Mohammed.

Meant to fly without remote control guidance and with a maximum flight duration of 30 minutes, it comes with plenty of fail-safes in case of trouble: back-up batteries, rotors and, for a worst case scenario, a couple of parachutes. 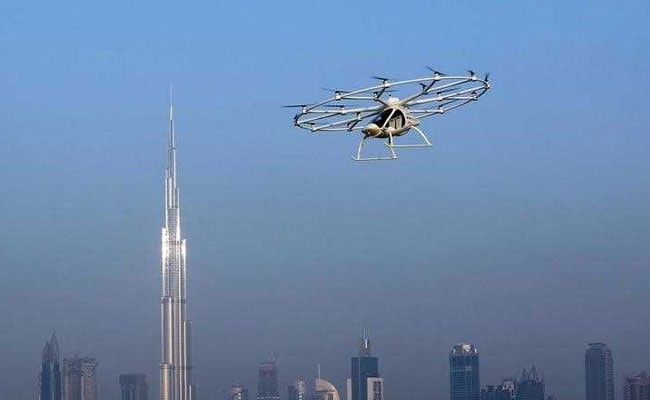 The flying taxi was developed by German drone firm Volocopter.

Volocopter is in a race with more than a dozen well-funded European and U.S. firms, each with its own science fiction-inspired vision for creating a new form of urban transport that is a cross between a driverless electric car and a short-haul, vertical takeoff-and-landing aircraft.

These include aerospace giant Airbus, which aims to put a self-piloting taxi in the air by 2020; Kitty Hawk, a company backed by Google co-founder Larry Page; and Uber, which is working with partners on its own flying taxi strategy.

"Implementation would see you using your smartphone, having an app, and ordering a Volocopter to the next voloport near you. The volocopter would come and autonomously pick you up and take you to your destination," CEO Florian Reuter said.

"It already is capable of flying based on GPS tracks today, and we will implement full sense capability, also dealing with unknown obstacles on the way," he added, saying developers aimed to initiate the taxis within five years. 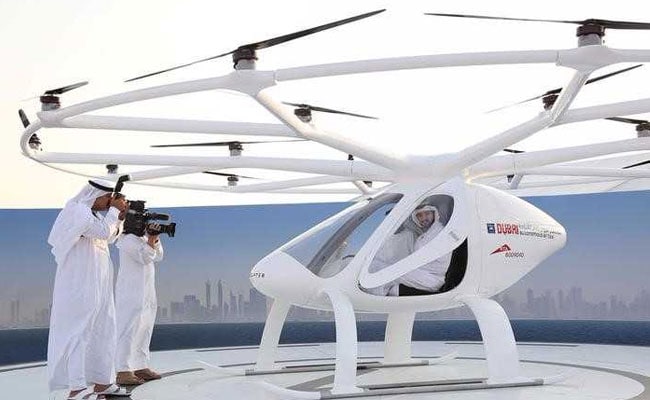 In Monday's test flight, the device hovered upward about 200 meters and whirred for about five minutes over a windswept patch of sand astride the emirate's Gulf coast.

Attired in crisp white robes and headdresses, Sheikh Hamdan and his entourage clapped approvingly from a nearby viewing deck as the craft alighted.

The UAE has sought to distinguish itself in a region mired in war and strife as a high-tech, forward-looking society.

It plans to send an unmanned probe to Mars by 2021, the Arab world's first mission to space, and Dubai has in many ways led their showy march into the future by introducing the region's first driverless metro and robot policemen prototypes.

Promoted
Listen to the latest songs, only on JioSaavn.com
"Encouraging innovation and adopting the latest technologies contributes not only to the country's development but also builds bridges into the future," Sheikh Hamdan said in a statement.
© Thomson Reuters 2017