Thackeray met anti-graft crusader at his protest site and extended his full support to his agitation. 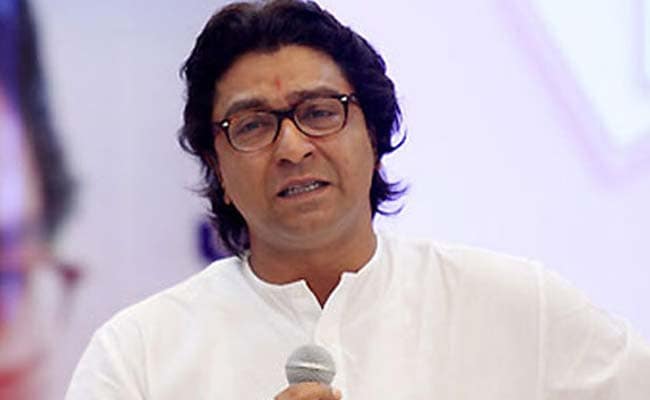 Mr Thackeray accused PM Modi of "cheating" the nation and not following his party's own poll manifesto.

MNS chief Raj Thackeray and noted water conservationist Rajendra Singh met social activist Anna Hazare, who has been sitting on an indefinite hunger strike over his demand for appointment of anti-corruption watchdogs at the Centre and in Maharashtra.

On the sixth day of Mr Hazare's fast, Thackeray met the 81-year-old anti-graft crusader at his protest site in Ralegan Siddhi village of Ahmednagar district in Maharashtra and extended his full support to his agitation and asked him not to sacrifice his life for the "useless" government.

He asked Mr Hazare to end his protest and conduct a joint tour of the state with him to "bury" the BJP-led government. The MNS leader and Mr Hazare held a closed door meeting at a room in the Yadav baba temple premises for around 20 minutes.

After the meeting, Mr Thackeray addressed the gathering at Mr Hazare's protest site and accused Prime Minister Narendra Modi of "cheating" the nation and not following his party's own poll manifesto.

He quoted some tweets and speeches of Mr Modi during the 2014 Lok Sabha elections campaign in which, Mr Thackeray said, the prime minister had praised Mr Hazare for his honesty and moral attitude.

"I have appealed Anna not to sacrifice his life for these useless people. I have also asked him not to trust Prime Minister Narendra Modi and any of his promises," he said.

Thackeray claimed that Modi had on December 18, 2013 tweeted in favour of the Lokpal Bill.

"Now, almost five years of the Modi government is completed but no action has been taken so far. Today, the people in power are there because of Anna's agitation in 2013. They should not forget it," he added.

Thackeray said he was surprised that even Delhi Chief Minister Arvind Kejriwal, who was part of Mr Hazare's agitation some years back and came into national limelight from there, had not visited the activist or enquired about his health.

"The entire country got to know Mr Kejriwal because of Anna's agitation. Now, he (Kejriwal) is in power and not showing concern towards Mr Anna's health," he said.

The MNS leader said he had told Mr Hazare that they are "dishonest" people. "You should quit the fast and we will jointly tour the state and bury this government. My party is extending support to Anna's cause," Mr Thackeray said.

Hazare has been on a hunger strike since last Wednesday, demanding appointment of Lokpal at the Centre and Lokayuktas in states where such statutory anti-corruption watchdogs do not exist, and resolution of farmers'' issues.

He has also been demanding implementation of the Swaminathan Commission recommendations on ways to address agrarian distress, besides electoral reforms.

Mr Singh along with some social activists discussed the issues plaguing the farmers and "flaws" in the Lokpal and Lokayuktas Act-2013.

After the meeting, Mr Singh said the central government will play the same "game" which it had played with activist G D Agarwal, who had sat on a huge protest in Haridwar district of Uttarakhand in support of his demand for a clean Ganga river last year and later died.

He extended his support to Mr Hazare and his agitation and said some NGOs would also be joining his protest in a day or two, as everybody has realised the "insensitivity and cruelty" of the Modi government.

Mr Singh, known as the ''Waterman of India'', is credited with reviving rivers in his home state of Rajasthan and was conferred the Stockholm Water Prize for his work in 2015.

He had also won the 2001 Ramon Magsaysay Award for community leadership. Shiv Sena chief Uddhav Thackeray, whose party is an ally of the BJP at the Centre and in Maharashtra, had on Sunday extended his support to Mr Hazare, urging him to emulate socialist leader Jayaprakash Narayan and lead an agitation against corruption. Mr Hazare had earlier warned that if the Modi government did not fulfil its promises, he would return his Padma Bhushan award.