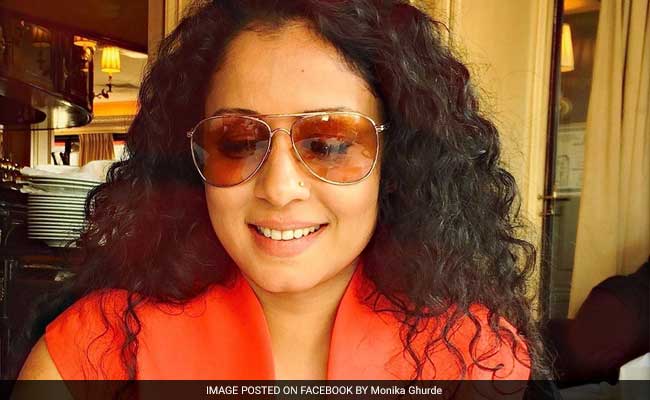 Monika Ghurde murder case: the Goa perfumer's body was found in her apartment in Sangolda village

Panaji: A security guard has confessed that he hid for two days on the terrace of perfumer Monika Ghurde's apartment complex before breaking into her home, sexually abusing and killing her, the Goa police said on Tuesday.

Ms Ghurde, 39, was found dead, tied to her bed in Goa's Sangolda village on October 5.

Three days later, 21-year-old Rajkumar Singh, who had been a security guard at the complex till July, was arrested in Bengaluru after he was caught using Ms Ghurde's ATM card.

Singh has reportedly admitted that he had been obsessed with the photographer turned perfumer since the day she came looking for an apartment.

"The accused has confessed to the crime. He has told the investigating Officer that for two days he took refuge on the terrace of the building where Monika lived before forcibly entering her flat on October 5 evening," senior police officer Vimal Gupta told reporters.

"The accused was attracted towards Monika since the day she inquired about availability of a flat in the complex and later followed her movements when she started residing there. After his duty as a security guard, he would wash cars of the residents, including that of Monika," said the officer.

After breaking into Ms Ghurde's home, Rajkumar overpowered her, held a knife to her and when she fell unconscious, tied her to her bed. He allegedly then sexually abused Ms Ghurde before strangling her and choking her with a pillow.

Taking Ms Ghurde's phone, some cash and her ATM cards, he ran away.

Rajkumar, who is from Punjab's Bhatinda, was also angry with Ms Ghurde since he lost his job at the complex after complaints from her and other residents.

Besides other complaints, Ms Ghurde's lost umbrella was found on him.

Promoted
Listen to the latest songs, only on JioSaavn.com
Mr Gupta said Rajkumar claimed he was also denied two months' salary - around Rs. 22,000 - by the security agency he worked for.

He allegedly pleaded with Ms Ghurde to take her complaint back. When he could not find another job, the police said, Rajkumar planned his crime.