The deal for purchasing the ship, rechristened as INS Vikramaditya, was signed in 2004 by the then NDA government at USD 974 million which was increased to final price of USD 2.35 billion in 2010. 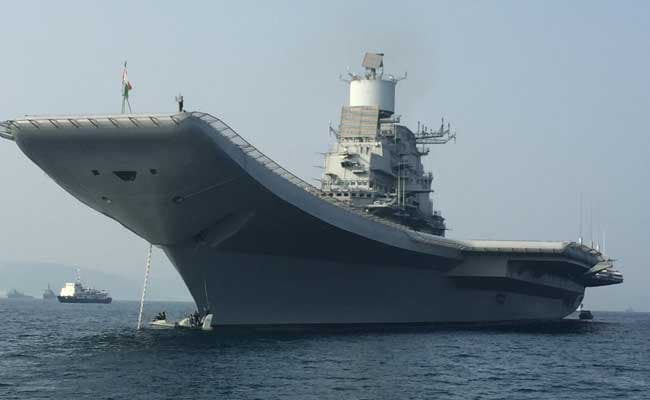 New Delhi: The reasons behind India agreeing to cost escalation by the Russian side for a refurbished aircraft carrier Admiral Gorshkov should be disclosed, the Central Information Commission has held.

The commission also directed the defence ministry to disclosure reasons why the country chose a refurbished warship in place of purchasing a new one.

The deal for purchasing the ship, rechristened as INS Vikramaditya, was signed in 2004 by the then NDA government at USD 974 million which was increased to final price of USD 2.35 billion in 2010.

The commission has also directed the Indian Navy to disclose "net final cost" including the expenditure on the modifications, renovations and remodelling done on the now 30 -year-old ship and also dates of payments made by India.

The Navy was trying to mislead the Commission claiming that the information was to be provided by the defence ministry but the ministry made it clear that all the files are held by by the Naval Headquarters and they have been asked to disclose the details.

Information Commissioner Amitava Bhattacharyya noted that the Navy was trying to put the onus of disclosure on the defence ministry whereas the ministry made clear that the reply is to be furnished by the force.

Mr Bhattacharyya directed the Navy to disclose file notings, correspondence, documents related to the acceptance of cost- revisions demanded by the Russians.

The commission has directed the disclosure as it found that there was a "larger public interest" in the information which was withheld by the ministry and the Navy on the grounds of national security.

Mr Bhattacharyya also directed the ministry to disclose reasons why India chose to opt for a refurbished warship in place of a new one.

The case relates to RTI application filed by activist Subhash Agrawal who had demanded a range of information on the acquisition of the 44,500 tonne aircraft carrier.

The ship was originally commissioned by the erstwhile USSR on December 20, 1987 and was decommissioned in 1996.

After being inducted in the Navy as Vikramaditya, the ship is now a floating airfield with the length of 284 meters.

It is a 20-storeyed steel megastructure floating in sea from keel to the highest point.

Promoted
Listen to the latest songs, only on JioSaavn.com
The ship can carry over 30 aircraft including state-of- the-art MiG 29K or Sea Harriers, Kamov 31, Kamov 28, Sea King, ALH-Dhruv and Chetak helicopters.