Dilbagh Singh, In Charge Of Prisons, Is Jammu And Kashmir's New Top Cop 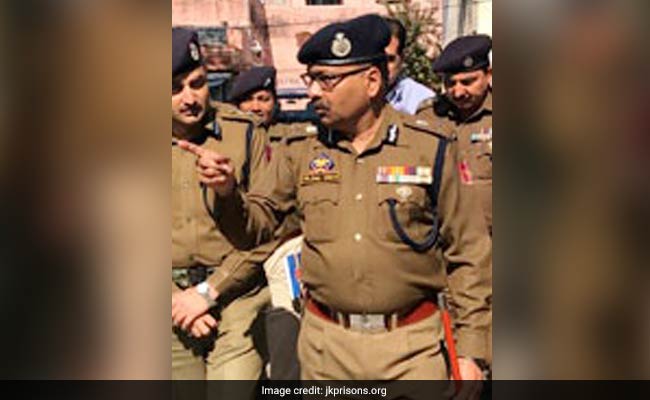 IPS officer Dilbagh Singh has been given additional charge of heading the police force in Jammu and Kashmir after SP Vaid was removed as the police chief of the state on Thursday. Mr Vaid's transfer comes after differences between the him and the centre cropped up in recent days.

Mr Singh has held important positions in Jammu and Kashmir Police including serving as the intelligence chief of the state. He started his carrier as the Additional Superintendent of Police in Kupwara district.

But Mr Singh has had a brush with controversy nearly two decades ago. In 2000, Dilbagh Singh was suspended as the Deputy Inspector General of south Kashmir's Anantnag after he was allegedly found involved in a major recruitment scam.

He was made the head of the prison department in March this year after the daring escape of a Pakistani terrorist from a Srinagar hospital in February.Twenty -year-old Lashkar-e-Taiba (LeT) terrorist Naveed Jatt, who was brought to the hospital from the Srinagar Central Jail for treatment. Gunmen killed two policemen before  they whisked away Naveed Jatt.

Dibagh Singh was a top trend on Twitter on Friday morning with many people sharing the news of his appointment.

Just got to know that Sh. Dilbagh Singh has been appointed as the new DGP, J&K. Have known this great man for years, an exemplary officer who came to my family's rescue during a communal disturbance and restored our faith in police. I wish him great luck for this new journey. pic.twitter.com/VNa238C5Io

During his tenure as Director General of Prisons, Mr Singh streamlined many things, including the removal of hardened terrorists from Kashmir jails.