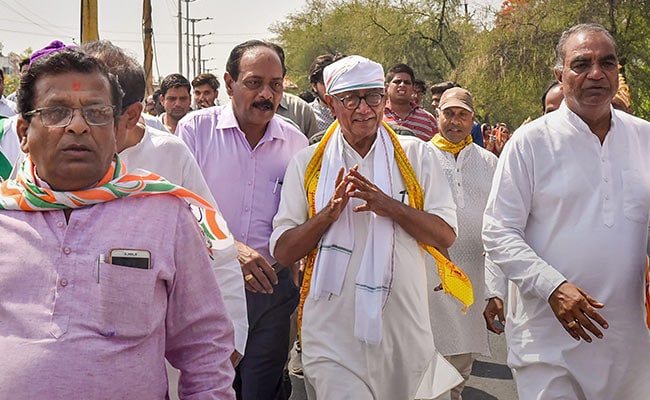 Digvijaya Singh was speaking at an event to mark the 150th birth anniversary of Mahatma Gandhi.

Had Mahatma Gandhi been alive, he would have announced a march from Delhi to Srinagar to oppose the centre's move on Jammu and Kashmir, Congress veteran Digvijaya Singh said on Wednesday as he attacked the government for scrapping the state's special status under Article 370 of the constitution.

"If Mahatma Gandhi would have been alive, on the day Article 370 was voided, he would have announced a yatra from Red Fort in Delhi to Lal Chowk in Srinagar," he was quoted as saying by news agency PTI.

The former Madhya Pradesh chief minister was speaking at a function organised in Indore to mark the 150th birth anniversary of Mahatma Gandhi.

But Prime Minister Modi and Home Minister Amit Shah have bid a farewell to the three principles and finished off his doctrine, Mr Singh said.

The central had ended Jammu and Kashmir's special status on August 5 and split it into two union territories, saying the move would help ensure that people of the state get the same constitutional benefits as the rest of the country.

The Congress had opposed the centre's move on Article 370 in parliament, but several of its leaders had expressed support for the step.