'Didn't become PM to redraw boundaries,' PM had told Nawaz Sharif in US 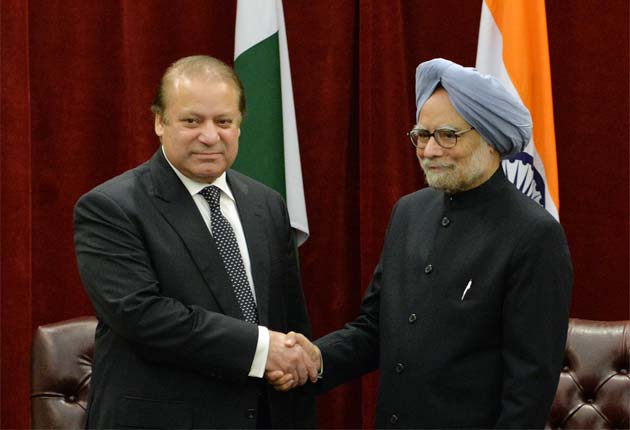 New Delhi: Minister of External Affairs Salman Khurshid said today that Prime Minister Manmohan Singh gave a very stern message to Pakistani counterpart Nawaz Sharif when the two leaders met in New York last month on the sidelines of the UN General Assembly. Dr Singh had told Mr Sharif that he did not become the Indian PM 'to re-draw the boundaries,' according to Mr Khurshid.

"I think that is the most fantastic answer I have ever heard from an Indian leader given to somebody in Pakistan," Mr Khurshid said.

A series of ceasefire violations by the Pakistani troops along the Line of Control in Jammu and Kashmir has escalated the tension between the two countries. A jawan from the Border Security Force was killed earlier this week in one of the several attacks on Indian posts by the Pakistani troops. A few civilians from the Indian side of the border have also been injured.

The Defence Ministry says there have been over 200 ceasefire violations this year, more than all such incidents in the last decade.

Promoted
Listen to the latest songs, only on JioSaavn.com
Dr Singh, on his way back from his tour of Russia and China, said on Thursday evening that he was disappointed with the Pakistani PM and asked him to recognise that what was happening on the border is not good for the two nations.

"Let me say I am disappointed because in the New York meeting (between Dr Singh and Nawaz Sharif last month) there was a general agreement on both the sides that peace and tranquility should be maintained on the border, the Line of Control as well as the International Border and it has not happened. It has come to me as a big disappointment," the Prime Minister said.