Did not have time to sleep or eat: Devyani Khobragade's former help Sangeeta Richard 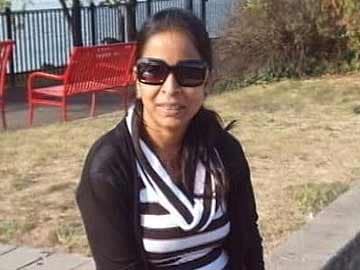 New York: As Devyani Khobragade heads back to India, her domestic worker Sangeeta Richard today broke her silence and claimed that she suffered while working for the Indian diplomat and asked other domestic workers not to let anyone "exploit" them.

In her first public statement, Sangeeta said she had decided to come to the US hoping to work for a few years to support her family and had planned to later return to India.

"I never thought that things would get so bad here, that I would work so much that I did not have time to sleep or eat or have time to myself," she said in a statement released by the anti-trafficking group Safe Horizon, which is representing her in the case against Khobragade.

She said she had tried to return to India because of the treatment meted out to her while she was working for Khobragade.

"Because of this treatment, I requested that I return to India but that request was denied."

"I would like to tell other domestic workers who are suffering as I did - you have rights and do not let anyone exploit you," Sangeeta said.

Promoted
Listen to the latest songs, only on JioSaavn.com
Safe Horizon welcomed the indictment, saying it "demonstrates the seriousness with which the US government treats labor exploitation."

"I hope that this case sends a clear message to diplomats and consular officials that the US will not tolerate the exploitation of workers and marks the beginning of an increase in prosecution of these cases," said Avaloy Lanning, senior director of the organisation's anti-trafficking programme.