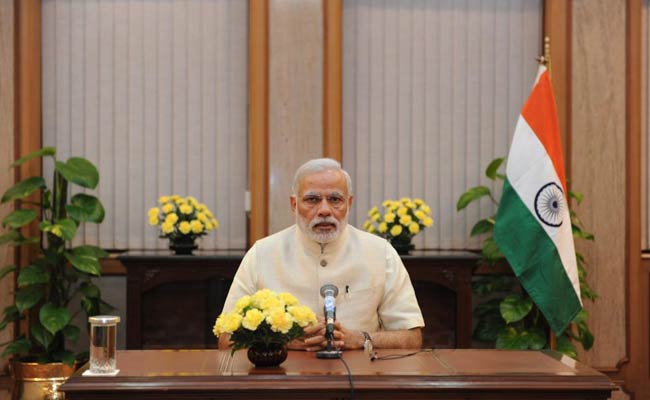 New Delhi: You can now dial a four-digit toll-free number to listen to Prime Minister Narendra Modi's 'Mann Ki Baat' programme if you missed listening it on radio.

Telecom Ministry has okayed '1922' to help people listen to the programme. All telecom service providers across the country have been informed about the allocation of the number for voice services, according to the Ministry's order.

The Prime Minister holds forth on various contemporary matters on "Mann Ki Baat" programme on All India Radio every month.

"Calls to this number shall be toll free. Short code (1922) should be accessible for international in-roamers within India," it said.

While there has been no official announcement, a call made to 1922 by PTI said "Mann Ki Baat me call karne ke liye dhanyawaad" (Thank you for calling Mann Ki Baat) before automatically disconnecting.

After some time, a return call was received broadcasting Mann Ki Baat. In addition, a Short Message Service (SMS) was also received, that mentioned "Thank you for calling. Dial 1922 again at your convenience and listen to Mann Ki Baat".

The approval of competent authority has been given to allocate the short code '1922' for voice services across all the states and Union Territories for receiving and redirecting calls to National Informatics Centre (NIC) platform for the PM's initiative, the Ministry's order said.

'Father Wasn't Against My Relationship With Sheena Bora': Rahul Mukerjea