Actress Dia Mirza is all praises for Congress lawmaker Pradyut Bordoloi who represents Nowgong in Assam after he raised the issue of illegal coal mining in the Lok Sabha during zero hour. 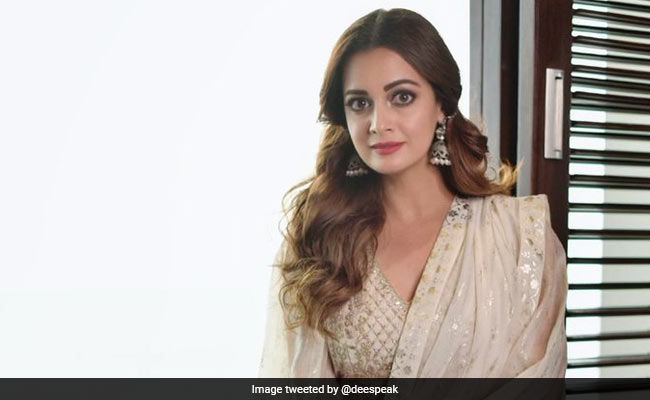 Actress Dia Mirza, who is also a United Nations Environment Goodwill Ambassador for India, is all praises for Congress lawmaker Pradyut Bordoloi who represents Nowgong in Assam after he raised the issue of illegal coal mining in the Lok Sabha during zero hour.

The actress took to Twitter to share a heartfelt note, referring to the step as a "national priority" for biodiversity and wildlife protection.

"Thank you for raising this matter of national concern Pradyut Bordoloi! Protection and conservation of our biodiversity/wildlife should and must be a national priority. These are necessary steps of ClimateAction and illegal CoalMining in our forests MUST stop," she wrote.

This isn't the first time that an actor has made an effort to emphasize on current environmental issues.

Also, Salman Khan gave a subtle yet impactful message on single-use plastic. The actor posted a video where he can be seen offering water to a monkey, whom he calls his "Bajrangi Bhaijaan", in a plastic bottle. The monkey, however, refuses. Salman Khan then offers water in a glass and "Bajrangi Bhaijaan" is quick to accept it.

While the video was shared on a lighter note, hidden in it is a message to stop using plastic bottles.

Earlier this month, Hollywood actor and environmentalist Leonardo DiCaprio shared a post on his Instagram account highlighting the difficulty faced by citizens of Chennai because of water scarcity.

The actor cited a BBC news story along with a picture of several women drawing water from a well and said; "Only rain can save Chennai from this situation." A well completely empty and a city without water. The southern Indian city of Chennai is in crisis after the four main water reservoirs ran completely dry. The acute water shortage has forced the city to scramble for urgent solutions and residents have to stand in line for hours to get water from government tanks."

"As the water levels depleted, hotels and restaurants started to shut down temporarily, and the air con was turned off in the city''s metro. Officials in the city continue to try and find alternative sources of water - but the community continues to pray for rain. Tap the link in our bio to read more about Chennai''s water crisis," he added.

The state of Assam is facing wide-spread of illegal coal mining leading to the destruction of biodiversity hotspots. Mining has adverse effect causing soil erosion, an excessive number of sinkholes on land, loss of biodiversity, or the contamination of groundwater and surface water by the chemicals emitted from mining processes.