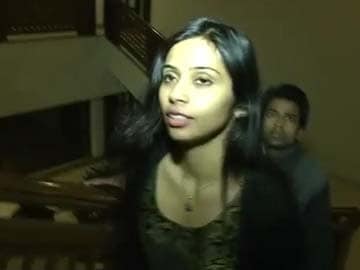 Washington: The United States on Friday said senior Indian diplomat Devyani Khobragade, who returned to New Delhi, no longer enjoys immunity and she and Indian government were told that an arrest warrant might be issued against her.

"Prior to her (Devyani Khobragade) departure, it was conveyed to her and to the government of India that she is not permitted to return to the United States except to submit to the jurisdiction of the court.

"Her name would be placed in visa and immigration lookout systems to prevent the routine issuance of any future visa and upon her departure a warrant may be issued for her arrest", the State Department spokesperson, Jen Psaki, told reporters.

Ms Khobragade's departure from the US, she said, does not change the charges against her.

On Thursday, she was indicted in a New York court on two counts of visa fraud and misrepresentation of facts.

Promoted
Listen to the latest songs, only on JioSaavn.com
"The charges remain in place. There are processes that are standard processes in each of these cases, which we were abiding by throughout this process," the State Department spokesperson insisted.