Devendra Fadnavis Will Have To Step Down "Shamefully": Congress 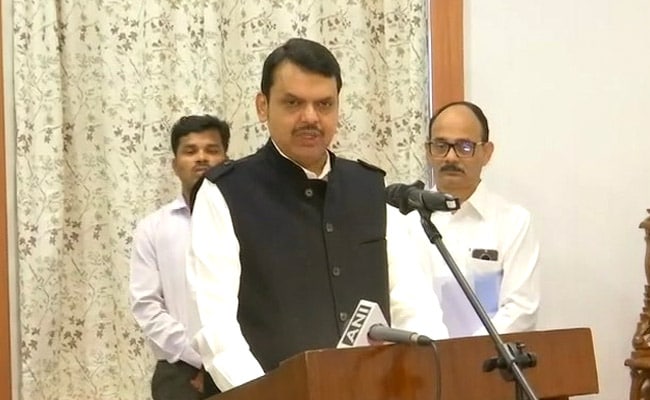 The Congress on Saturday said Devendra Fadnavis, who was sworn in as Maharashtra Chief Minister early this morning, will have to step down "shamefully" as all its MLAs and those of the NCP, except a few from the Sharad Pawar-led party, are together.

Congress general secretary (Organisation) KC Venugopal said it is "shameful that the President and the governor have stooped to the standard of RSS workers for facilitating this dissolute political treachery as the chief minister was sworn in disgracefully under cover of darkness".

"Only a few NCP MLAs have fallen in the BJP''s trap. All other MLAs of the Congress and NCP are with us. This unholy and corrupt political alliance will fall before long," he said in a statement.

Sooner than later, he said, the "illegally" installed BJP government in Maharashtra will "have to step down in dishonour".

He said Mr Fadanvis will have to step down "shamefully" after the floor test in the legislative assembly as the BJP leader won't be able to prove majority in the assembly.

The BJP has shown "political immorality to grab power at any cost" and the Congress party will fight against this "illegal and corrupt political treachery" carried out by misusing power and violating all constitutional provisions, by all means, Mr Venugopal said.

The Congress leader said Mr Fadnavis and NCP leader Ajit Pawar met the Governor only last night and the President rule was withdrawn without having a Cabinet meeting.

"The governor invited Fadnavis without having any clear clue on the numbers they have," he alleged.

Prime Minister Narendra Modi and other BJP leaders were directly involved in this "murder of democracy", he alleged.

Mr Fadnavis and Mr Pawar were sworn in as chief minister and deputy chief minister respectively after the NCP leader, who was his party''s legislative party leader before being sacked later in the day, extended support to the BJP.