Mumbai: As controversy erupted over a plot to assassinate Prime Minister Narendra Modi, officials in the Maharashtra government told news agency PTI that that Chief Minister Devendra Fadnavis too had received two threat letters from Maoist organisations which were handed over to the police. The letters were received by the chief minister's office a week ago, sources in the state Home Department said today.

"The letters came after the recent anti-Naxal operations in Gadchiroli, in which 39 Maoists were killed. The letters have been handed over to the police for further investigations," the sources said, according to PTI.

According to the ministry sources, both letters mentioned the Gadchiroli encounters, and threatened Mr Fadnavis and his family members.

The Pune Police on Thursday had told a court that a letter seized from a suspected Maoist had revealed plans to assassinate Prime Minister Narendra Modi in a "Rajiv Gandhi-like incident". 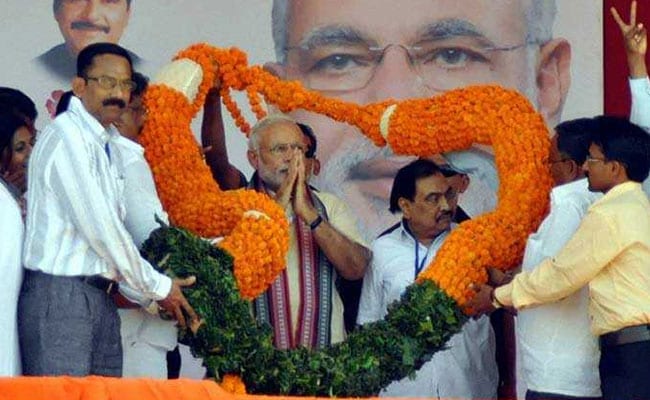 A letter found at the home of a suspected Maoist mentioned a plot to assassinate PM Narendra Modi during a roadshow.

Five people were arrested on Wednesday for links with the banned CPI-Maoist - Dalit activist Sudhir Dhawale, lawyer Surendra Gadling, activists Mahesh Raut and Shoma Sen and Rona Wilson. Described by the police as the "top brass of the urban Maoists", they were arrested in connection with the Bhima-Koregaon caste violence in January. The letter was found from the home of Delhi-based activist Rona Wilson, the police claimed in the sessions court, according to news agency PTI.

Rona Wilson is a member of the Committee for Release of Political Prisoners.

The letter talked about the need for Rs. 8 crore to procure M-4 rifle and four lakh rounds, and also about "another Rajiv Gandhi incident", public prosecutor Ujjwala Pawar told the court. "We are thinking along the lines of another Rajiv Gandhi-type incident. It sounds suicidal and there is a chance that we might fail but party must deliberate on our proposal...," the prosecutor quoted the letter as saying.

"...inspite of big defeats like Bihar and West Bengal, Modi has successfully established BJP governments in more than 15 states. If this pace continues then it would mean immense trouble for the party on all fronts...Col Kisan and a few other senior comrades have proposed concrete steps to end the Modi-era," a copy of the letter, released by ANI news agency, said.

Promoted
Listen to the latest songs, only on JioSaavn.com
Lawyers presenting the accused said the documents cited by the prosecution were fabricated and an attempt to frame them.