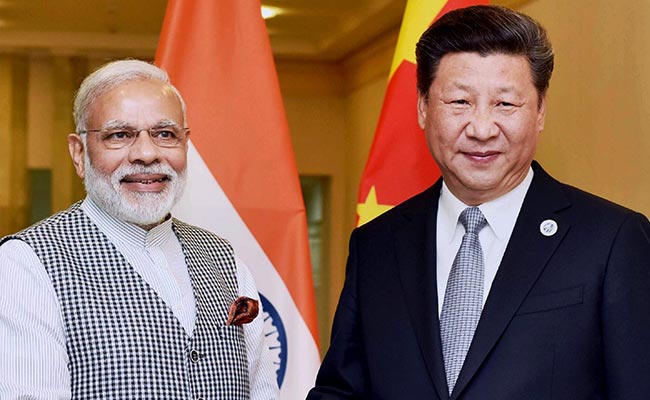 Chinese state media has said that ties between India and China are growing despite frictions. (File)

Beijing: Hailing India for keeping a "neutral stand" over the South China Sea despite pressure from the US and Japan, state-run Chinese media today said there are some contradictions and frictions between the two nations, but the overall bilateral relations have been developing smoothly.

"When it comes to security, after the final award of the South China Sea arbitration was announced, the Indian government has kept a neutral stance despite the pressure from Washington and Tokyo," an article in the state-run Global Times said.

Calling for a "solid step forward" to improve relations, the article said "admittedly, there are some contradictions and frictions between China and India, but the overall bilateral relations have been developing smoothly".

It also blamed the Indian media for "going too far" to blame China for blocking India's membership in the Nuclear Suppliers Group and linking last week's Chinese Foreign Minister Wang Yi's visit to India to the South China Sea issue.

"Indian media has spared no effort in linking Wang's visit to the South China Sea issue and the country's failure in joining the Nuclear Suppliers Group (NSG)," it said.

Last month an international tribunal struck down China's claims over the South China Sea based on historic rights, pushing Beijing on the back foot in its maritime dispute with the Philippines, Vietnam, Malaysia, Brunei and Taiwan over the area.

"Regarding the NSG case, Indian media has gone too far, for it is not at all a problem between Beijing and New Delhi. It was the US, not China, who made the relevant rules for NSG membership, and India failed to meet the criteria of entering the club. A dozen NSG members are now opposing India's bid, thus, it does not make sense for Indian media to point an accusing finger at China," it claimed.

"The two nations may have discussed the issue during Wang's visit, and it is possible for both sides to clarify their own ideas, stances and policies over the matter. But the conjecture that Wang was trying to win India's support over the South China Sea by helping New Delhi with the NSG membership doesn't make sense at all," it stated.

This is the second article in as many days by the daily to criticise Indian media.

On August 15, another article blamed the Indian media for "stirring up negative sentiments" against China by highlighting the divergences in the bilateral ties.

"During Wang's visit the two sides may have also discussed how to further promote a closer partnership, which was raised during Chinese President Xi Jinping's visit," the article said.

"For the moment, when we talk about Sino-India ties, we tend to use the phrase 'relations are generally stable without major conflicts'. Yet this should not be the highest expectation we hold for the relationship," it said.

"Beijing and New Delhi have raised hopes for economic and trade cooperation, but turning them into reality requires wider consensus and more consultations," it said.

Acknowledging problems in the bilateral collaboration on economic and trade issues which "used to be one of the most positive parts of the bilateral relations, it said "joint works in this regard have not been going smoothly in recent years".

"Apart from the sluggish global economy, a major problem remains hard to resolve - India's growing trade deficit with China. Indian products are not competitive and New Delhi complains that Chinese markets are not open enough. Due to the remaining divergences, no good solution has yet been found," it said.

"In 2014, China promised to invest USD 20 billion in India over the next five years. How is this project going? No official figures have been revealed, and no information over major programs in this regard has been heard either over the past two years," it said.

Meanwhile, there is also no real progress on the Beijing-raised Bangladesh-China-India-Myanmar Economic Corridor, which is a vital part of the 21st Century Maritime Silk Road.

Numerous reasons can be listed, including political changes and social turmoil in Myanmar, it said.

"More significantly, New Delhi has kept a negative attitude toward the initiative. It does not mean that India is not welcoming China's investment. Yet, given the nation's strategic interests, it does not fully trust China because part of the project goes through sensitive regions in India. China will hence listen to New Delhi's concerns and keep promoting the plan," it said.

"That said, taking a solid step forward over bilateral joint works that can bring mutual benefit is a crucial part of discussions not only during Wang's meetings in India, but also in the future," it said.

"We should not focus on the obstacles, but attach more importance to collaboration with mutual benefits. Due to some long-standing problems, such as territorial disputes, it might be hard for China and India to become true friends, but turning into enemies will not serve anyone's interests," it said.

As the two largest emerging powers in Asia, if China and India can enhance their friendly ties, and have more cooperation on international issues such as carbon emission reduction, reforming the World Bank and the International Monetary Fund, the two countries can share more mutual profits, it said.
Comments
India-China TiesIndia-China RelationsChina-India TiesSouth China Sea DisputeNuclear Suppliers GroupNSGIndia-China TradeIndia-China Cooperation