Andhra Pradesh Chief Minister Chandranbabu Naidu blamed the Central Government for not giving funds and creating hurdles for the development of Amravati. 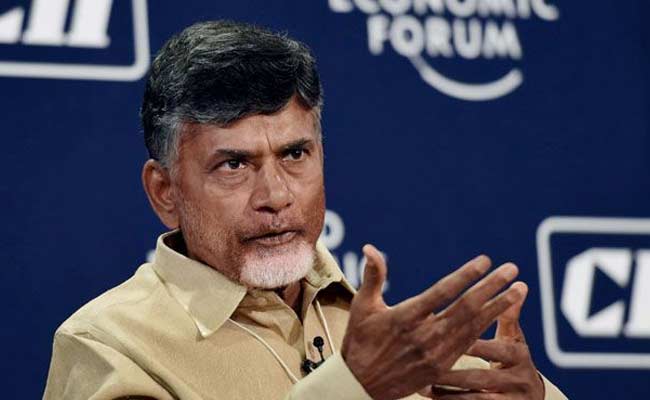 Chandrababu Naidu said that Rs 2,000 currency notes should be abolished.

Addressing a party workshop on Wednesday, Mr Naidu said that he had suggested that making digital currency is much cost effective than physical currency, but the government could not implement it properly.

"Construction of capital city Amaravati is going on at a fast pace. High court buildings will be ready by the end of this December. Amaravati bonds received an overwhelming response. The central government is not giving the money. When we try to generate funds on our own, they are making unnecessary allegations," the chief minister said.

"The Central Government is not cooperating and not giving us the special status or the funds. In the last parliament session, our ministers fought well.  We are fighting with the centre. The Centre is trying to create hurdles at every step. But we will not yield," he added.

"With Pattiseema project, Godavari water is supplementing the needs of farmers in Krishna river region. We are working on the Polavaram project. It is the lifeline of Andhra Pradesh and works are going on a fast pace," he said.

He again stressed that the centre is not cooperating properly.  "10 irrigation projects are complete, 10-16 projects are under the pipeline.  This time, despite less rainfall we could manage with tanks completely filled. Our focus is on developing agriculture, horticulture and aquaculture," Mr Naidu said.

He also announced to launch an unemployment scheme on October 2.

Mr Naidu urged party leaders and workers to keep the welfare of all communities in mind and said that it is everyone's responsibility to assure all communities feel comfortable in his rule.