His comments come against the backdrop of ongoing protests in the national capital against the Citizenship Amendment Act. 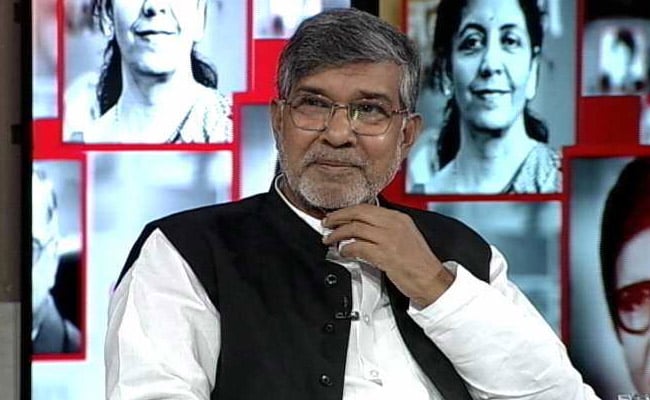 Nobel laureate Kailash Satyarthi on Friday said he was "deeply pained" by the treatment meted out to students inside the library and girls' hostel in Jamia Millia Islamia and noted that "democracy shrinks" whenever such voices are "forcibly" suppressed.

His comments come against the backdrop of ongoing protests in the national capital against the Citizenship Amendment Act.

On Sunday, the police entered Jamia Millia Islamia after violent protests erupted on the campus and later some government and private properties were also vandalised around the university and New Friends Colony area.

Speaking at an event in New Delhi, Mr Satyarthi said he is "deeply pained" by the treatment meted out to the students inside the library and girls' hostel in Jamia Millia Islamia.

"I condemn the ongoing violence. Loss of lives and property is absolutely unacceptable," he said.

"However, a safe and fearless space for students and young people who respect the Constitution should always be guaranteed for voicing their opinions and concerns peacefully. Whenever such voices are forcibly suppressed, democracy shrinks," he was quoted as saying by a statement issued by his organisation Kailash Satyarthi Children's Foundation.

He also urged Prime Minister Narendra Modi to initiate a dialogue with the students and the youth.

"Seeing today's disturbing situation across the country, I feel an urgent need of serious dialogue between the State and the youth," he said.