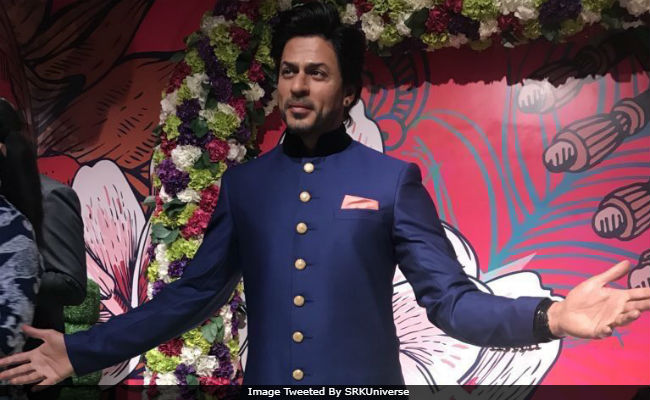 Madame Tussauds India reoponed its museum on Tuesday in DLF Mall of India.

Shut since the Covid-induced lockdown in March 2020, the famed Madame Tussauds India on Tuesday reopened to much fanfare at its new home DLF Mall of India.

The wax museum, earlier located at Connaught Place's Regal Building, features close to 50 figures from various fields, including history, sports, music, film, and television. Launched in 2017 in the national capital, it is owned and operated by Merlin Entertainments.

"Connaught Place had several issues such as lack of parking space, encroachment by street hawkers and traffic congestion. Given the post-pandemic behavioural changes, we know that people are now looking for more safe, hygienic as well as friendly attractions in terms of amenities.

"And, our new location DLF Mall of India, with its controlled environment, will provide the same to our visitors," Anshul Jain, GM and director Merlin Entertainments India Pvt Ltd, told PTI.

Popular cartoon characters like Motu-Patlu acts as a special addition for children.

Hritihik Roshan in a suit and Madhuri Dixit-Nene in a shimmery gown, different from their previous avatars where the film stars were seen wearing a jumper and a sari, respectively, are among some of the cosmetic changes incorporated for the new venue.

"Earlier the theme was more on the lines of 'Bharat plus India', but this time the attraction is more modern. So this way, the Madame Tussauds here is more similar to the other 23 present across the globe," added Jain, describing it as one of the best in South East Asia and South Pacific.

This time around, the organisers said they plan to introduce a new public figure every three months.

"The present ratio of domestic and international celebrities in our attraction is 60:40. But as there is no dearth of superstars in India we plan to take this ratio to 80:20 in the near future," Jain informed, adding that the next two wax statues will be of Indian personalities.

The ticket price for a visit continues to be Rs 960 for adults and Rs 760 for children.