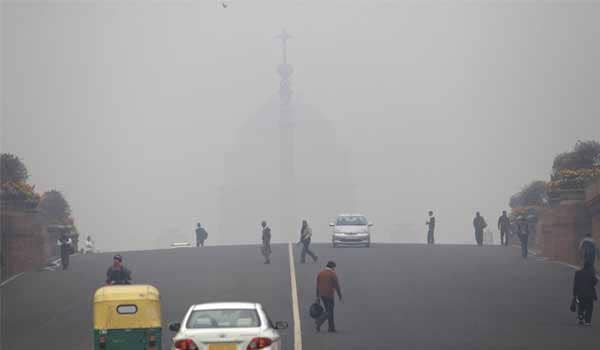 There has been a 10 to 15 per cent jump in complaints of respiratory ailments this winter.

New Delhi: Delhi is coughing hard and the air is to blame. Satellite pictures of Delhi's pollution should set off alarm bells - the city has PM2.5 or particulate matter (What is particulate matter?) 2.5 many times higher than the levels that World Health Organisation says is safe.

This has meant a 10 to 15 per cent jump in complaints of respiratory ailments this winter, say doctors. (Comment here: How Delhi's pollution affects you)

Prof Randeep Guleria, Head, Department of Pulmonary Medicine, AIIMS told NDTV, "Those who come to Delhi on work or as students have complained of breathing problems they never had. And those with respiratory problems say their discomfort is now prolonged and more pronounced."

This has meant more and more people queuing up at hospital OPDs. In one such long queue of coughing, wheezing people at the AIIMS or All India Institute of Medical Sciences' Pulmonary OPD is daily wage earner, Sher Singh, a 50-year-old who decided to see a doctor after initially ignoring repeated complaints of cold, cough and congestion over the last three months. (Read: Delhi gets tag of most polluted city in the world)

"It has been particularly bad this season. I don't have asthma but breathing has become so difficult I finally had to come to the hospital," Sher Singh said.

Here is why: PM2.5 or particulate matter 2.5 basically are particles floating in the air that are smaller than 2.5 micrometers, which is 100 times thinner than a human hair. These are toxic organic compounds and heavy metals hanging low in the air as the grey smog that envelopes the city.

When people inhale, they breathe in the particles which could then travel deep into the lungs causing serious respiratory problems. (Read: Beijing ahead of Delhi in controlling air pollution: study)

A new paper suggests that such high levels of pollution can reduce life expectancy by three years.

Promoted
Listen to the latest songs, only on JioSaavn.com
Rohini Pande who is a Professor of Public Policy at Harvard and wrote that paper says, "We see that looking across 180 Indian cities in 2010, the ambient air quality as measured by SPM (suspended particulate matter) is roughly twice the national standard (60 micrograms per cubic meter) and over six times the standard recommended by WHO (25 micrograms per cubic meter).

She says that if particulate matter pollution is brought down to the prescribed levels, then life expectancy can be increased by three years.