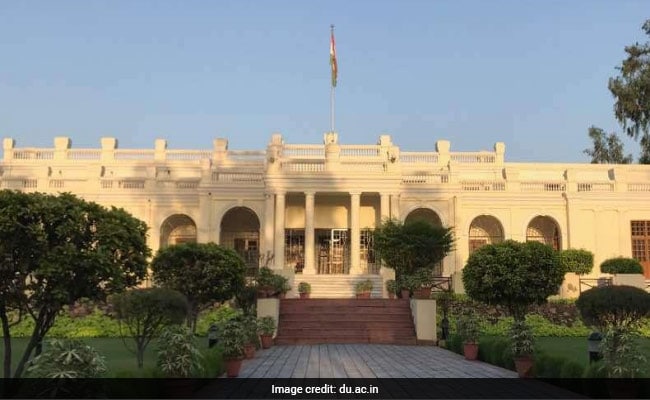 St Stephens College, Satyawati College, Bhagini Nivedita College, Dyal Singh College, Shaheed Bhagat Singh College and Shivaji College are among some institutes in the Delhi University (DU) which have started releasing the first cut-off lists for undergraduate courses. News agency Press Trust of India reported that the highest cut-off in DU is 99 per cent for Political Science in Hindu College. Hindu College has also announced the highest cut-off for science courses at 98.3 per cent for Physics Honours. Lady Shri Ram College's cut-off for BA Prog and Psychology Honours is at 98.75 per cent.

The full DU first cut-off list -- indicating the minimum marks needed to get admission in various courses -- will go live on the university website on Friday for academic session 2019-20.

Depending on the availability of seats after the first list, the university colleges issue second and, where needed, third cut-off lists.

According to the schedule released by the National Capital Region-based varsity, document verification, approval of admission and payment of fee for first cut-off list based admission will be done from June 28 to July 1 (except Sunday). The second cut-off list for UG admissions are expected by July 7.

In Kirori Mal College, cut-off for popular courses like BA English (Hons.), BA Economics (Hons.) and B.Com (Hons.) are above 97%.

A cumulative DU cut-off list of various Arts, Science and Commerce courses will be released by the varsity later.

According to the admission rules, applicants need to study the cut-off list, select courses and colleges on the university website, get a print of the admission slip and finally approach the respective colleges with it and required documents.