Delhi Tourists, Stuck In Uttarakhand For Over A Week Due To Snow, Rescued

Four Delhi tourists had been stranded in Uttarakhand's Chakrata hills due to heavy snow. 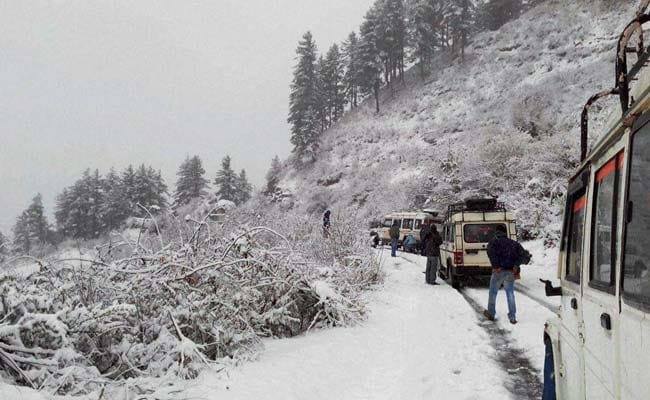 The tourists said locals were an immnese help to them during their ordeal. (File)

After being stranded because of heavy snow for more than a week, four tourists from Delhi were rescued Tuesday evening from a hotel in Uttarakhand's Chakrata hills, police said today.

"We have rescued the four people from a hotel in Chakrata hills after a day-long rescue operation," Director General of Police Anil Raturi said.

"Thank god, we are safe. But definitely, I would love to come back here. We are thankful to local people and hotel owners for their help," Syed Afshan Qadri, the tourist stranded along with his friends said.

Police and State Disaster Response Force (SDRF) personnel trekked more than 12 km to reach snow-laden Lokhandi and brought them back to Chakrata.

"It was a very tough exercise. It got dark while we were coming back so that was another challenge, Anup Nayal, Chakrata Station House Officer said.

The tourists said there was an acute shortage of food and water for several days. There was also no electricity in the area. "We are thankful to the locals who gave us food and water. But this experience will not deter us from come back to Lokhandi again," she said.