This is the first storm of "severe" intensity in Delhi since 2018, a Met department official said. A moderate thunderstorm had hit the city last Monday.

A thunderstorm, a short but intense spell of rain and winds with speed up to 100kmph pummeled Delhi this evening, uprooting trees and bringing traffic to a juddering halt. Two people were also killed because of rain.

A 50-year-old man died in the Jama Masjid area in centra Delhi after a portion of a balcony of a neighbouring house fell on him during the strong winds when he was standing outside his residence.

In the Angoori Bagh area of North Delhi, a 65-year-old homeless man identified as Basir Baba died after a Peepal tree fell on him, the police said.

This is the first storm of "severe" intensity in Delhi since 2018, a Met department official said. A moderate thunderstorm had hit the city last Monday.

The temperature fell sharply by 13 degree Celsius, according to readings at Palam observatory near the airport, and by 16 degree Celsius in south Delhi's Safdarjung. 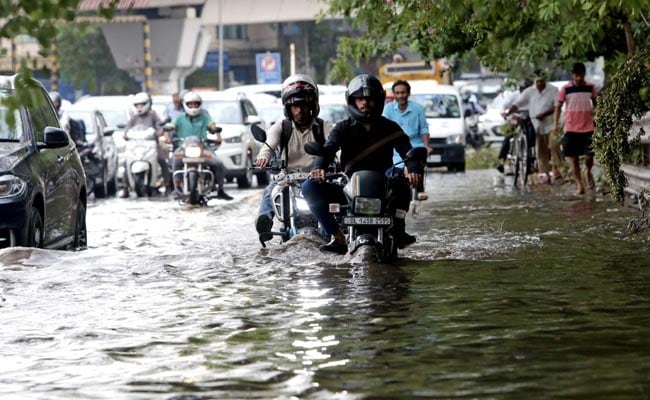 East and central parts of Delhi bore the maximum brunt of the storm that peppered the roads with broken tree branches. Close to 300 calls of trees falling were received by civic authorities. 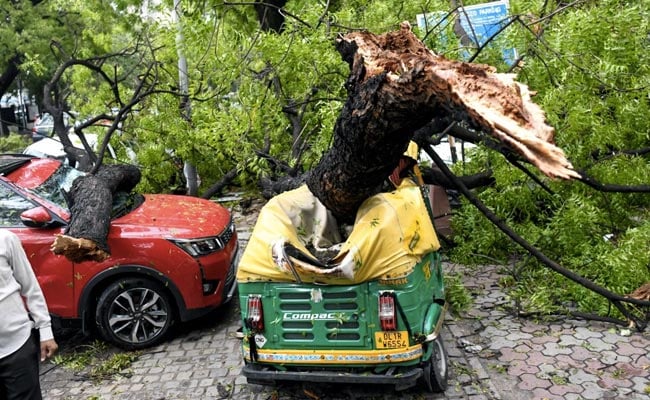 A tree uprooted and falls over a car and an auto-rickshaw at Sansad Marg.

20 min of Delhi Rain and this ????
With so so so much traffic #Delhi#rain@ArvindKejriwalpic.twitter.com/u3KARHftcS

The moisture-carrying easterly winds from the Bay of Bengal are feeding the cyclonic circulation, it said.

Thunderstorms are a normal occurrence in Delhi. On an average, the city sees such weather on 12 to 14 days in the March to May period, senior IMD scientist R K Jenamani said.