The EVMs used in Delhi Assembly polls are kept under tight security in the strongroom located at Atal Adarsh Bengali Balika Vidyalaya. 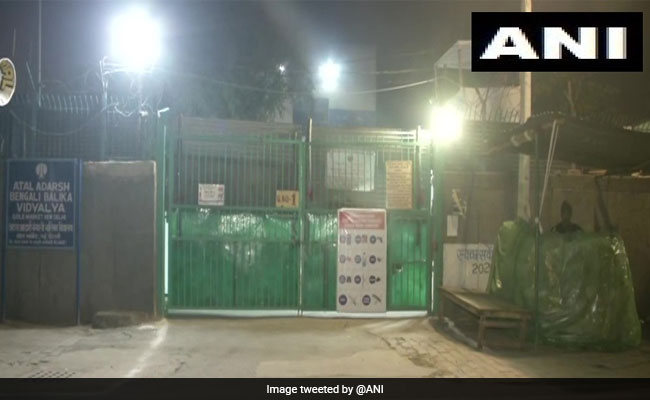 Delhi Results: The counting of votes will take place on February 11 (File)

In a bid to keep a tight vigil on the Electronic Voting Machines (EVMs), Aam Aadmi Party (AAP) workers have been standing guard outside the strongrooms in Delhi's Gol Market where the EVMs have been kept.

The EVMs used in Delhi Assembly polls are kept under tight security in the strongroom located at Atal Adarsh Bengali Balika Vidyalaya.

After the conclusion of voting for the Delhi Assembly Elections 2020, all eyes are now on the counting of votes. Amid this, AAP has deployed its workers and volunteers outside the strongrooms where the EVMs have been kept.

"The EVMs used in five constituencies, including the New Delhi constituency of CM Kejriwal, have been kept here. An election agent stays near the strongroom whereas I along with three to four other people remain outside the room. At least five people have been deployed outside the strongroom center. Five to six people from each constituency, in total 25 people, are stationed at different gates outside the center," AAP campaign manager Gopal Mohan told news agency ANI.

Mr Gopal added that the workers are working in shifts and one shift stretches to almost six hours and many a time candidates also come to guard the EVMs. The counting agent has to sit here for around 12 to 13 hours.

"We do not have any problem with the security being provided by the Election Commission but we are doing our work which has been assigned by the party," said Mr Mohan.

Aam Aadmi Party's national convenor and Delhi Chief Minister Arvind Kejriwal had called a meeting at his residence over the security of EVMs after the elections were concluded.

During this meeting, a detailed discussion was held over the measures to be taken to strengthen the security of EVMs stored in the strongrooms. All the leaders present in the meeting shared their views with the Chief Minister regarding the safety of EVMs and also gave him their suggestions following which it was decided to monitor the EVMs by AAP.

Polling for Delhi Assembly seats was held on February 8. The counting of votes will take place on February 11.