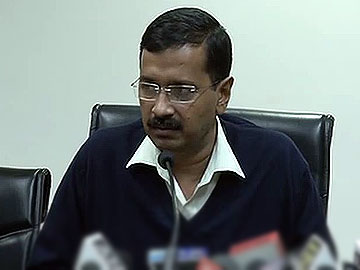 In a press conference today, Chief Minister Arvind Kejriwal said that incidents of crime were happening despite of police force in Delhi.