Metropolitan Magistrate Manoj Kumar sent Rehan and Furkan to custody after police said their remand was required to ascertain the role of other accused in the case. 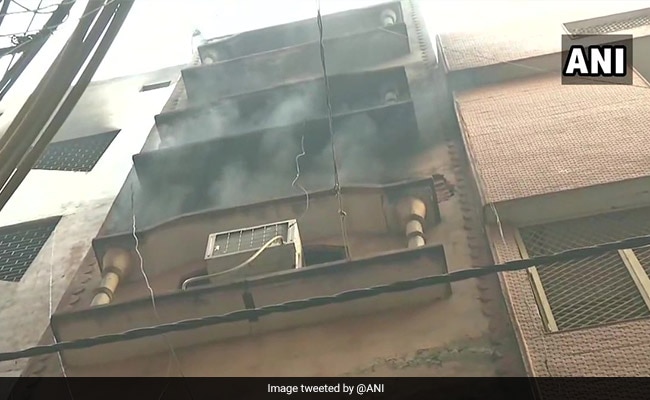 A Delhi court Monday sent to 14-day police custody the property owner and the manager of the four-story building housing illegal manufacturing units in north Delhi's congested Anaj Mandi area where 43 people were killed in a massive fire.

Metropolitan Magistrate Manoj Kumar sent Rehan and Furkan to custody after police said their remand was required to ascertain the role of other accused in the case.

The court said considering the enormity of the incident, it is of the opinion that the case required multi-pronged investigation and hence the police custody of the accused was necessary.

Police arrested the two and registered a case under sections 304 (culpable homicide not amounting to murder) and 285 (negligent conduct with respect to fire) of the IPC. The case was transferred to the Crime Branch.

During the hearing, police told the court that initial investigation has shown there were other accused and custodial interrogation of the duo was required to identify and ascertain their role. They said factories operated at the property without clearance from authorities.

Police said there were three owners of the building and they sublet the property to different people whose role is also to be investigated.

"It is a sensitive case. Most of the people were from far-away places. The names and addresses of all the have also not been identified yet. It is a lengthy process. Rehan and Furkan are childhood friends and they are doing business together since 2003. Police custody of both the accused is necessary. Otherwise, justice won't be done," police submitted to the court.

The counsel for Rehan and Furkan opposed the request for remand, saying police have already seized all the documents and the agreement papers of the property.

"The accused will provide other documents too whenever required. Police remand was not required," the lawyer told the court.

Police also informed the court that they have not received any written order transferring the case to the crime branch.

The Delhi government had ordered a magisterial probe into the tragedy, the worst fire accident in the national capital since the 1997 Uphaar Cinema blaze that claimed 59 lives and sought a report within seven days.

Almost all the migrant labourers hailing from Bihar and Uttar Pradesh.

Police and fire department officials said many of the fatalities occurred due to suffocation as the people were sleeping when the fire started at around 5 am on the second floor of the building.

While 43, including one minor, died, 16 were injured. Two fire department personnel were hurt while carrying out rescue work, officials said.

Those awakened by the fire, suspected by officials to have been triggered by a short-circuit, had to struggle to escape as the exit routes were partially blocked and several windows were found sealed.