Delhi Assembly Election: Arvind Kejriwal's AAP, which won a huge 67 out 70 seats in the last polls, is facing a stiff challenge this time from the BJP this time. 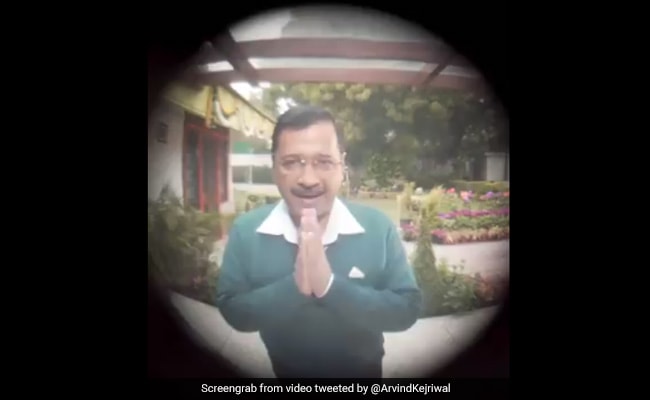 Delhi Chief Minister Arvind Kejriwal on Monday unveiled a new campaign for next month's assembly elections, promising doorstep delivery of a lowdown of his government's achievements.

"I have come to your home to tell you about the work done by the AAP government in the last five years. Standing at the door. To open the door to your home, visit welcomekejriwal.in or give a missed call to 7690944444," he tweeted in Hindi, along with a video.

Intended to help him directly reach out to the people of the city with technology, the website will have pre-recorded messages of the chief minister talking about various election issues such as health, education and unauthorised colonies among others, news agency PTI reported.

"We made a website through which I would be able to talk directly to the people of Delhi on different issues. People will also be able to register their complaints which I will address after elections," he said.

Arvind Kejriwal's Aam Aadmi Party (AAP), which won a huge 67 out 70 seats in the last Delhi elections, is facing a stiff challenge this time from the BJP this time. Voting for the elections will be held on February 8 with results due three days later.

Earlier this month, the Chief Minister announced a "10-point guarantee card" that promised free power, 24-hour drinking water on tap and a world-class education to every child.