How Government Plans To Bring Protesting Farmers Around

MSP or the guaranteed minimum prices for the farmer's produce is at the core of the protests over three farm laws enacted in September. 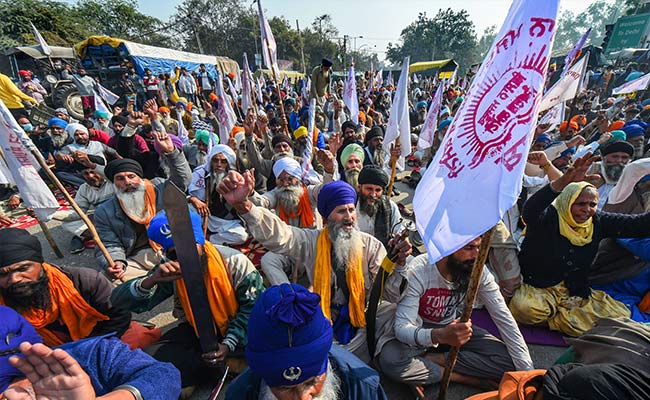 Farmers have said they will not budge from Delhi border unless the laws are repealed.

The government, in talks with farmers protesting new laws that they say will severely hit their earnings, may have to make a big gesture on Minimum Support Prices (MSP) for the massive protests raging around Delhi to end.

MSP or the guaranteed minimum prices for the farmer's produce is at the core of the protests over three farm laws enacted in September.

The new laws allow farmers to sell their produce anywhere in the country and engage with private companies to sell their crops. Farmers fear the government will stop making direct purchases of staples like wheat and rice at the MSP or minimum state-set prices. The protesting farmers say the laws will leave them at the mercy of large private corporations.

The government has refused to scrap the laws, saying they were necessary to bring reforms in agriculture and make the system more sustainable and streamlined.

So far, the farmers have said they will not budge from the highways outside Delhi unless the laws are repealed.

They want the laws to be amended to include assured MSP, but the government insists that there is no change in the system, citing the increase in the purchase of paddy by state-run stores last month.

The farmers also want tough laws against stubble burning to be taken back, which the government has not agreed to.

According to the farmers, the proposed Electricity (Amendment) Bill 2020 goes against them and should be dropped. The government argues that nothing in the law is against farmers, that the laws are meant to monitor power distributors.

Sources say the government may give an assurance in writing that the MSP system will continue. Such an assurance, they feel, carries more weight than the verbal assurances given so far.

Sources say the assurance may focus on farmers with land holdings of less than three or five acre.

For land bigger than five acres, farmers may be asked to pay for social security to labourers working on their farm.

The income of farmers owning large farms may also be discussed.

Thousands of farmers travelling with trucks, buses and tractors are camping at Delhi's border with Haryana and have blocked entry points into the capital.