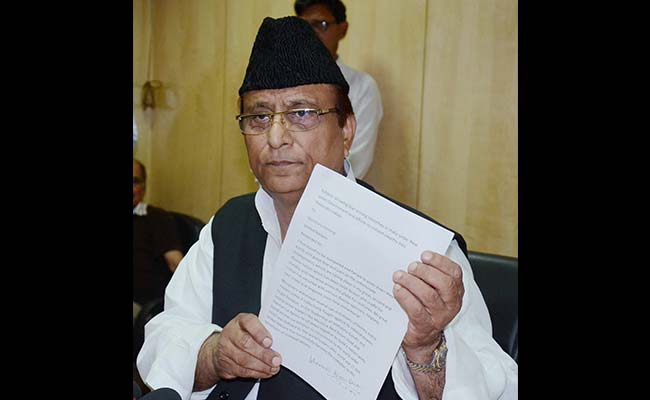 New Delhi: A local BJP leader today filed a complaint with the Delhi Police against senior Uttar Pradesh Minister Azam Khan accusing him of trying to create communal tension and treachery by taking the Dadri mob killing issue to the United Nations.

Delhi BJP leader Ashwini Upadhyay in the complaint filed at Parliament Street police station said, "I saw Azam Khan's media interview and also read his letter written to the UN on October 5 which have hurt my religious sentiments."

"Upadhyay filed a complaint against Khan and we are looking into it. No FIR has been registered so far," DCP of New Delhi district Jatin Narwal said.

"Khan has not only violated the oath of Constitution that he took (as minister) and Official Secrets Act, but he also committed treason," Mr Upadhyay said in the complaint.

The BJP leader also accused Mr Khan of "creating religious animosity between two communities by linking Dadri incident to the demolition of Babri Masjid in 1992."

Amid outcry over lynching of a 50-year-old Muslim man in Dadri, Mr Khan had on October 5 sought intervention of the United Nations to look into the "miseries" of minorities in India.

In a letter to UN Secretary General Ban Ki-moon, Mr Khan had attacked RSS accusing it of working to turn secular and pluralistic India into a majoritarian theocratic nation as 'Hindu Rashtra'.