Air quality in Delhi and surrounding areas has deteriorated steadily since the Diwali weekend, leaving the city covered in a thick fog of poisonous fog 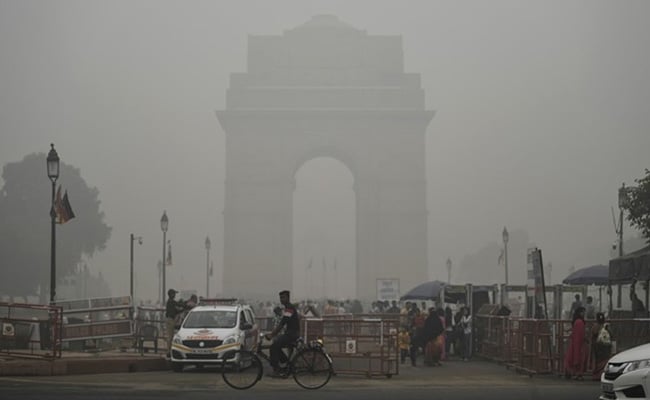 Delhi is the most polluted city in the world, according to reports by Skymet and IQ Air Visual

A day after Delhi was declared the most polluted city in the world by private weather forecasting agency Skymet, air quality levels in the national capital continue to fluctuate between 'severe' and 'hazardous' for a third consecutive day. According to Skymet the overall Air Quality Index (AQI) reading in Delhi this morning was 505 - down marginally from 527 on Friday. The slight improvement has been attributed to light winds but it is likely to be temporary, with the toxic haze expected to re-settle over the city on Tuesday.

The AQI in neighbouring regions was almost as bad, with Noida recording an AQI of 471, Ghaziabad 424, Faridabad 427 and Gurgaon 420.

#Pollution has down a little over #Delhi today morning. Though the overall AQI as of today morning has been recorded at 505, almost all the places are still showing ‘severe' to ‘hazardous' air conditions.#DelhiAirPollution#delhiairemergency#DelhiSmoghttps://t.co/kR1qF7uUIb

On Friday Skymet said Delhi was the most polluted city in the world with AQI readings of 527. The report also named Kolkata and Mumbai as the fifth and ninth most polluted cities, respectively, with AQIs of 161 and 153. The alarming revelations came barely two weeks after a real-time air quality ranking report by IQ Air Visual also called the national capital the world's most polluted city. 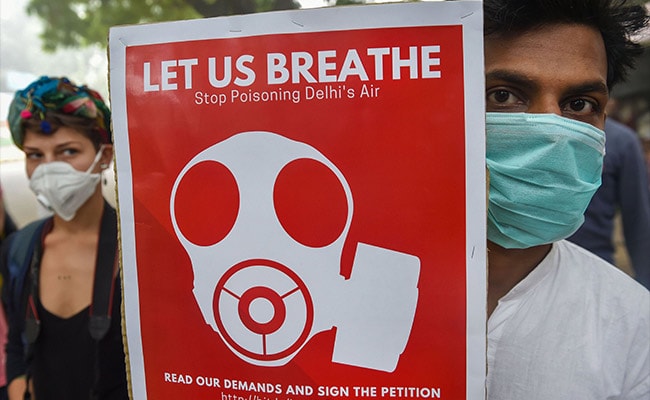 Air quality in Delhi and surrounding areas has deteriorated steadily since the Diwali weekend, leaving the city covered in a thick fog of poisonous fog. The Aam Aadmi Party (AAP) which rules Delhi has repeatedly blamed stubble burning in neighbouring states like Punjab and Haryana for exacerbating the problem. Last month Chief Minister Arvind Kejriwal called Delhi a "gas chamber".

The Supreme Court, which has ordered affected state governments and the centre to work together to address the problem, reprimanded Chief Minister Kejriwal's government today and said Delhi was "suffering badly" due to rising pollution levels.

The AAP had re-introduced the 'odd-even' scheme of road-rationing from November 4 to November 15, but the top court has questioned the efficacy of the initiative.

The other cities on Skymet's list are from Pakistan, China, Vietnam and Nepal. What should be particularly worrying for Delhi residents is the gap between them and Lahore in second place - Lahore recorded an AQI of just 234.