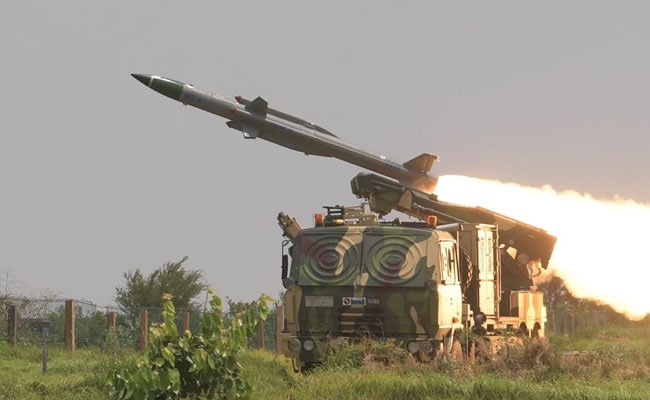 With the growing trend of shipments in recent years, exports of defence products will exceed the Rs 35,000 crore target by 2024-25, an official said.

"I expect the exports will surpass the target of Rs 35,000 crore by 2024-25," Defence Production Department Secretary Ajay Kumar told PTI.

Defence components are key drivers, he said. Mr Kumar was in the city to promote private sector participation in defence production and also inaugurated a facilitation centre for the  defence production at Bharat Chamber of Commerce. "Defence exports had been growing exponentially. It is like a big rock, which is hard to move, but once it starts rolling, it only gains momentum," he said.

Mr Kumar stated that the government had been taking several steps to encourage the private sector, MSMEs in particular, in defence production under the existing production policy and some "notable changes" had been brought in the recent policy.

Ordnance Factory Board had decided that it would not seek capacity verification for almost 90 per cent of the products barring some of the sensitive items. OFB and defence PSUs are planning to outsource about 3000 items which will give boost to MSMEs sector, Mr Kumar said.

Traditionally, the Defence department used to float tenders for products that it decided to procure, but now the government has allowed private sector to pitch for useful products that they have developed.