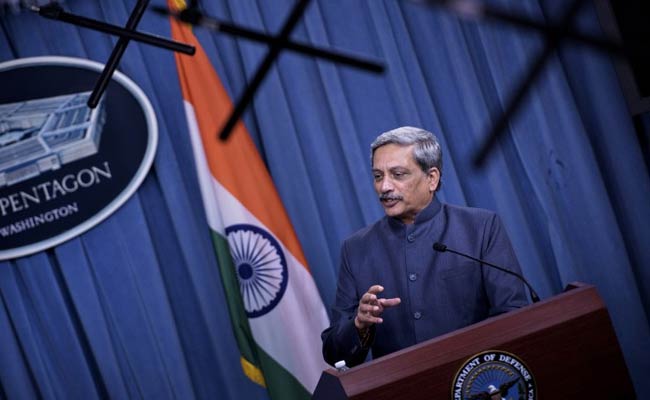 Sources said Manohar Parrikar was firm that 7th Pay Commission had to be implemented.

Last week, the three services - Army, Navy and the Air Force - had issued an open signal to servicemen informing them the implementation of the 7th Pay Commission is being kept in abeyance till anomalies are addressed.

On Monday, the three services, led by the Chairman Chiefs of Staff Committee, Air Chief Arup Raha met the Defence Minister to reiterate the need to address the anomalies before the 7th Pay Commission could be rolled out for forces.

Top sources told NDTV that Mr Parrikar gave the forces a patient hearing but was firm that the 7th Pay Commission had to be implemented and anomalies will be looked at by the government.

The major grievances of the forces include not being allowed non-functional upgrade (NFU) available to bureaucracy. NFU allows bureaucrats who have been passed over to get a higher pay as soon as their batch mates make it to the next rank, and a pay matrix that is separate from the civilian bureaucracy. The government has formed an anomalies commission to look to into these issues.

Defence Minister Parrikar's firm message to the forces comes at a time when a large section of the government feels that pay and perks of military is better than most other government services.

It now remains to be seen the forces withdraw their earlier signal and takes steps to implement the 7th Pay Commission.