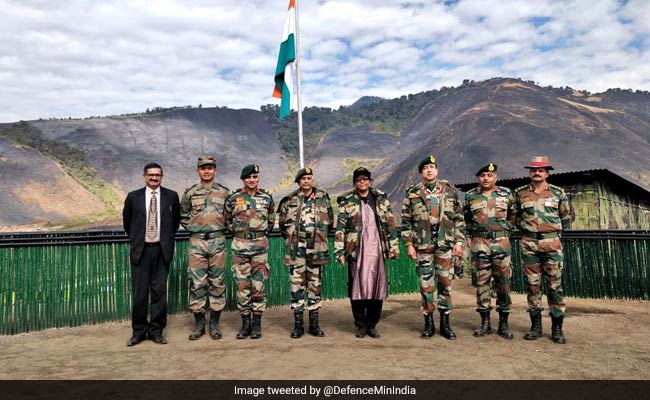 Defence Minister Nirmala Sitharaman on Friday visited the forward areas along India-China Border in Dibang Valley of Arunachal Pradesh located at a height of 5,300 feet.

"She was accompanied by the Eastern Army Commander, Lt. Gen. M.M. Naravane, GOC-Spear Corps, Lieutenant General Rajeev Sirohi, and other military and civil officials. At the forward post, Sitharaman was briefed on the operational situation and defence preparedness of the armed forces in Dibang Valley," an official statement said.

She also interacted with the troops and appreciated their dedication and selfless service in protecting India's borders in such inhospitable terrains, the Defence spokesman said in the statement.

"She appreciated completion of this prestigious bridge which would provide an uninterrupted access between Dibang Valley and Lohit Valley regions of Eastern Arunachal Pradesh and an all-weather road for the troops to be deployed at the Indo- China Border," the statement said.