Nirmala Sitharaman is expected to reach Kushalnagar tomorrow morning and scheduled to visit affected areas including Kuvempu Layout, Sai Layout and talk to people there, the Karnataka BJP said. 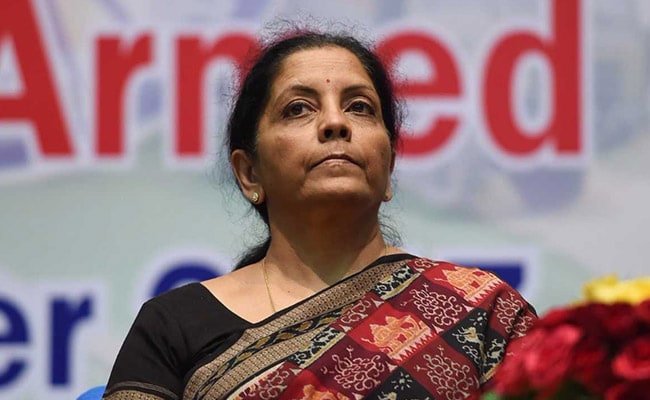 The defence minister will also hold meetings with the district administration and other officials. (File)

The torrential rains that lashed the district last week has left a huge trail of destruction and claimed at least 16 lives. Thousands have been rendered homeless.

Ms Sitharaman is expected to reach Kushalnagar tomorrow morning and scheduled to visit affected areas including Kuvempu Layout, Sai Layout and talk to people there, the Karnataka BJP said.

She will then travel to landslide-hit areas of Madapur and take stock of the situation. After that, she is scheduled to visit a relief camp in Madikeri and interact with the inmates there.

The defence minister will also hold meetings with the district administration and other officials at the Deputy Commissioner's office on the relief and rehabilitation work.

Ms Sitharaman, who is Rajya Sabha member from Karnataka, is the second Union minister to visit the flood-ravaged district, after D V Sadananada Gowda, who also hails from the state.

The visit by the Defence Minister comes a day after state BJP Chief B S Yeddyurappa said he had apprised Prime Minister Narendra Modi about the situation in Kodagu.

With rains subsiding in the last couple of days, relief and rehabilitation work have gained momentum in Kodagu, where operations to rescue those stranded due to floods and landslides have by and large been completed, according to officials.

The administration was now focused on providing relief and rehabilitating those at the relief camps, clearing blocked roads and restoring electricity.

However, a total of 1,019 rescuers from various agencies are stationed in Kodagu and are screening villages along with NGOs and local community.

An amount of Rs 30 crore has been released to Kodagu by the state government to take up relief works, officials said, adding engineers and personnel from Madras Engineer Group are being deputed to Kodagu for road restoration and debris clearance.

Schools that were shut for over 20 days reopened today, with teachers conducting classes to students at relief camps across the district.

Fifty-one relief camps have been set up in Kodagu that are currently housing 6,996 people.

According to officials, till last evening 4,450 were rescued and brought to safety.

According to preliminary estimates, around 1,118 houses have been damaged.

In Dakshina Kannada, another flood-hit district, five deaths have been reported and over 360 houses have been damaged, according to preliminary estimates.

Rescue teams along with locals are making efforts to rescue animals stranded and affected due to the natural calamity.

Officials said a three-member team from NGRI (National Geophysical Research Institute) headed by Ragavan visited Kodagu and set up a seismic monitoring centre in Navodaya School to closely monitor seismic activity in and around the area.

Noting that there is loss of certificates, documents and identity cards due to flooding, officials said the government will set up common service centres that will act as single-window system to issue duplicate these documents.

Documents will be issued free of cost or at a nominal cost as deemed appropriate, and there will be no need to file an FIR.

Shimla Looks Like A Dream After Fresh Snow On Sunday. See Pics