Besides expanding the definition of "cattle", the new law has provisions of up to seven years in jail and Rs 10 lakh fine. 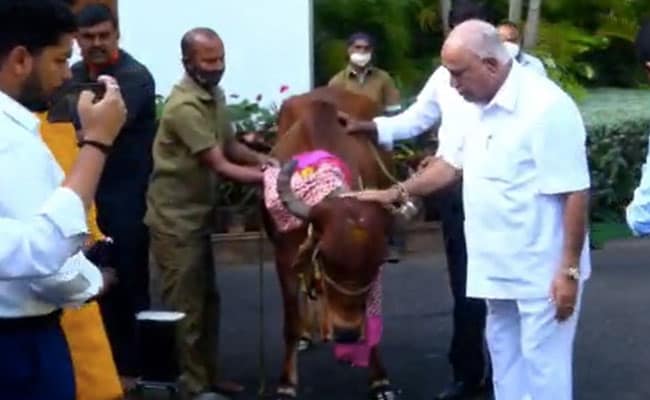 Both the Congress and the JDS in the opposition are against such a stringent law.

The BJP government in Karnataka, which is short of numbers in the Upper House of the legislature, today took the ordinance route to bring in its stringent cow protection law. Seeking harsher punishments for illegal slaughter, sale, and transport of cattle, the bill was passed without even a discussion on December 9 in the state Assembly, where the BJP has a majority. It would, however, not have been able to scale the Congress and JDS's cumulative numbers in Legislative Council since both the opposition parties are opposed to the bill.

Besides expanding the definition of "cattle" to include even bulls and buffaloes, the ordinance hardens the punishment for convicts, with provisions of up to seven years in jail and Rs 10 lakh fine.

The Congress and the Janata Dal Secular, which together have a majority in the Upper House, had opposed the ordinance. Today, however, the BS Yeddiyurappa government brought in the new law as an ordinance, which now awaits the governor's signoff.

"Anti-Cow Slaughter Ordinance had been brought in by the CM. It had been passed in Assembly but the Congress rejected it in the Council...It has now been sent to the Governor (as ordinance). Once he accepts it, the ordinance will come into effect," State Animal Husbandry Minister Prabhu Chauhan told NDTV.

Former Chief Minister and Janata Dal Secular HD Kumaraswamy had earlier criticised the state government for its "tearing hurry" to pass such a law, saying "in the long run it is bound to affect cattle".

"We are not going to support it. In front of Chief Minister himself we told, 'why do you bring this Bill now? What is the need for it? Without thinking of the needs of the farmers who are already nurturing these cows. Totally we are opposing'. That is why they wanted to bring the ordinance," Mr Kumaraswamy told NDTV.