"Proud We Aren't Scared": Deepika Padukone On Protests Across India

The Padmaavat star said it becomes essential for people to put forth their views if they "want to see a change in society and life".

At a time when many A-listers in Bollywood are cagey about taking a stand on the Citizenship Amendment Act and the attack on the Jawaharlal Nehru University, actor Deepika Padukone has expressed her admiration for a generation that is not afraid to fight for what it believes.

"I feel proud that we are not scared of expressing ourselves. It (is good) that we are thinking of our country and its future. Whatever may be our point of view, it is nice to see people coming out on to the streets and elsewhere to voice their opinions," she told NDTV in an interview on Monday, even as protests continued across the country.

The Padmaavat star also said that it becomes essential for people to put forth their views if they "want to see a change in society and life". 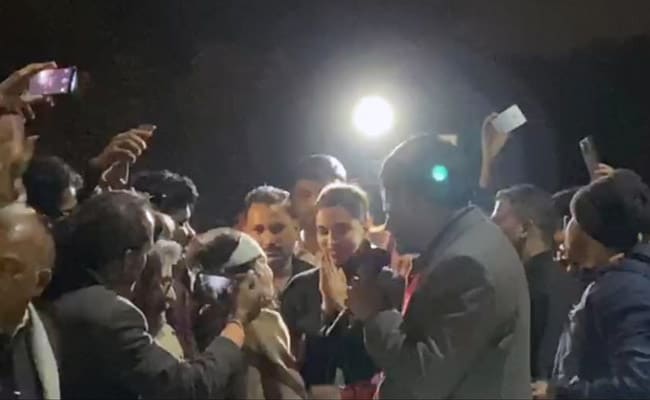 She went a step further on Tuesday by visiting the Jawaharlal Nehru University campus, which had become a target of masked assailants two days ago. Over 30 students and faculty members of the prestigious institution were injured as the assailants went from hostel to hostel, mercilessly assaulting their occupants with sticks and iron rods.

Though Deepika Padukone did not speak at the university, she was seen standing with a group of students who were attacked, including Jawaharlal Nehru University Students Union president Aishe Ghosh. Former student leader Kanhaiya Kumar was also present on the occasion.

The actor's decision to take a stand on the issue sparked a call to boycott her upcoming movie Chhapaak, and by evening, a hashtag raising this very demand had already begun trending on Twitter. However, two other hashtags -- #DeepikaPadukone and #ISupportDeepika - were not far behind, indicating that she has a sizeable share of wellwishers too.

Several Bollywood personalities such as actor Swara Bhasker and director Anurag Kashyap who have openly criticised the Citizenship Amendment Act and the attack on the Jawaharlal Nehru University came out in support of Deepika Padukone.

Earlier, Sonam Kapoor, Taapsee Pannu and a host of actors had condemned the attack on the Jawaharlal Nehru University.